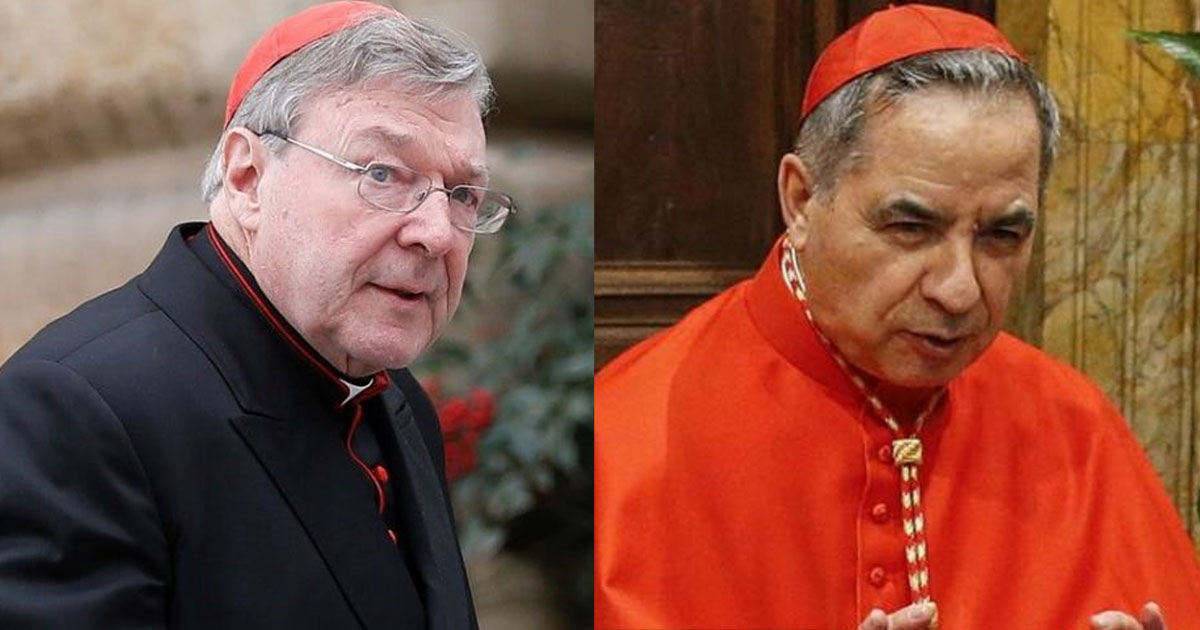 An Italian newspaper reported that Vatican prosecutors have received allegations that the funds were transferred after Cardinal George Pell returned there to face sexual abuse charges.

Vatican prosecutors are investigating allegations that Cardinal Giovanni Angelo Becciu funneled 700,000 euro through the apostolic nunciature in Australia — an action that one Italian newspaper suggests could be linked to the strained relationship between Cardinal Becciu and Australian Cardinal George Pell.

According to an article in today’s Corriere della Sera, officials in the Secretariat of State have compiled a dossier showing numerous bank transfers, including one amounting to 700,000 euros that Cardinal Becciu’s department sent to an “Australian account.”

The dossier has been presented to Vatican prosecutors ahead of a possible upcoming trial of Cardinal Becciu. Pope Francis accepted his resignation on Sept. 24 and withdrew his rights as a cardinal but the Vatican has given no reason for his dismissal. The cardinal has denied the allegations against him as “surreal” and “all a misunderstanding.”

In its article, Corriere della Sera noted that Cardinal Pell, whom the newspaper described as one of Cardinal Becciu’s “enemies,” had been forced at the time to return to Australia and stand trial on sexual abuse charges of which he was eventually exonerated.