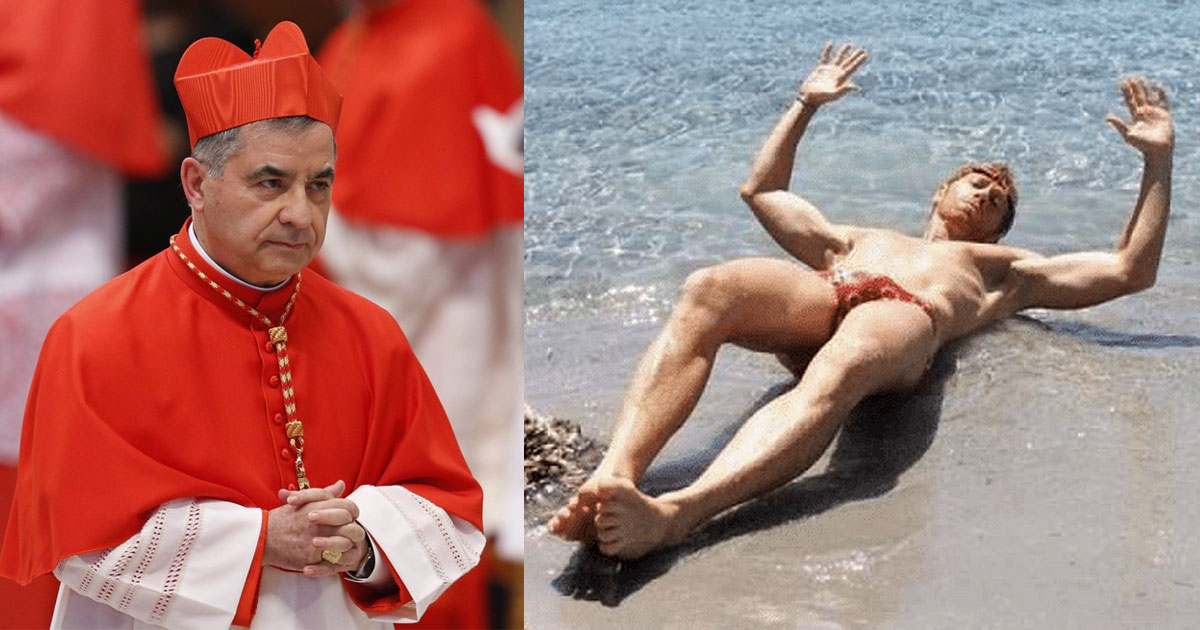 The Vatican scandal over a gone-wrong London property investment has proved difficult for one of the Vatican’s senior Cardinals, but in a bizarre twist it has also lead to a sun-bathing lawyer representing the Cardinal to lose his job too.

Cardinal Angelo Becciu is at the center of a dispute over a luxury Chelsea property, one of London’s best neighbourhoods, which has seen the arrest of a man charged with “extortion, embezzlement, aggravated fraud and self laundering”.

Cardinal Becciu’s has resigned his position and renounced his rights after finding himself implicated in the financial scandal involving the purchase of the luxury building.

But his lawyer, Ivano Iai, a recreational body builder, has had to resign his role representing the Cardinal after he had posted a series of photographs of himself on Instagram and Twitter, in a seaside setting and arching playfully across a rock.

“I gave up the job,” Iai said in a statement on Tuesday, saying he was “sorry” that his social media presence had added to the difficulties of the cardinal and his family.