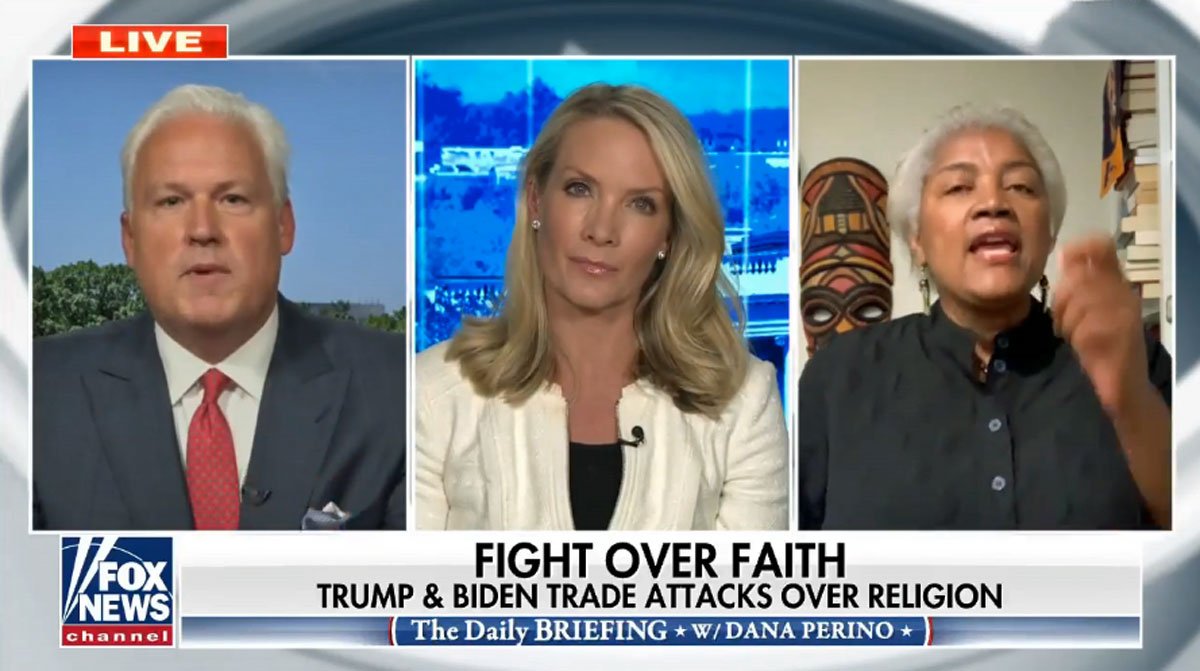 It should be Catholic Bishops raising questions about the inconsistencies between Joe Biden’s policies and his Catholic faith.

“Donna said Joe Biden goes to St. Joseph’s Catholic Church. The problem Joe Biden has is he wants those parishioners to pay for the choice of killing an unborn child in abortion,” said Schlapp. “The problem for Joe Biden is that he said he would reignite this war on the Little Sisters of the Poor in trying to impose this idea that they have to pay for abortion-inducing drugs for the employees that work with those Little Sisters. We ought to leave nuns alone.”

“I don’t know his heart. It’s not my job to judge his heart, but you cannot be a Catholic in good standing and not care about unborn life, which is the most vulnerable life amongst us,” he continued. “You can’t not stand for our First Amendment rights to practice our religion.”

Donna Brazile is former chair of the Democratic National committee.  She supports abortion and has been an active LGBT activist, serving on the board for the Millennium March on Washington. In 1999, The New York Times said she was openly ambiguous about her sexuality. She was quoted as saying, “Gay comes in all shapes, sizes, strengths and personalities. Just like straight does. It shouldn’t be news that—guess what— some gay people don’t fit your stereotype.”