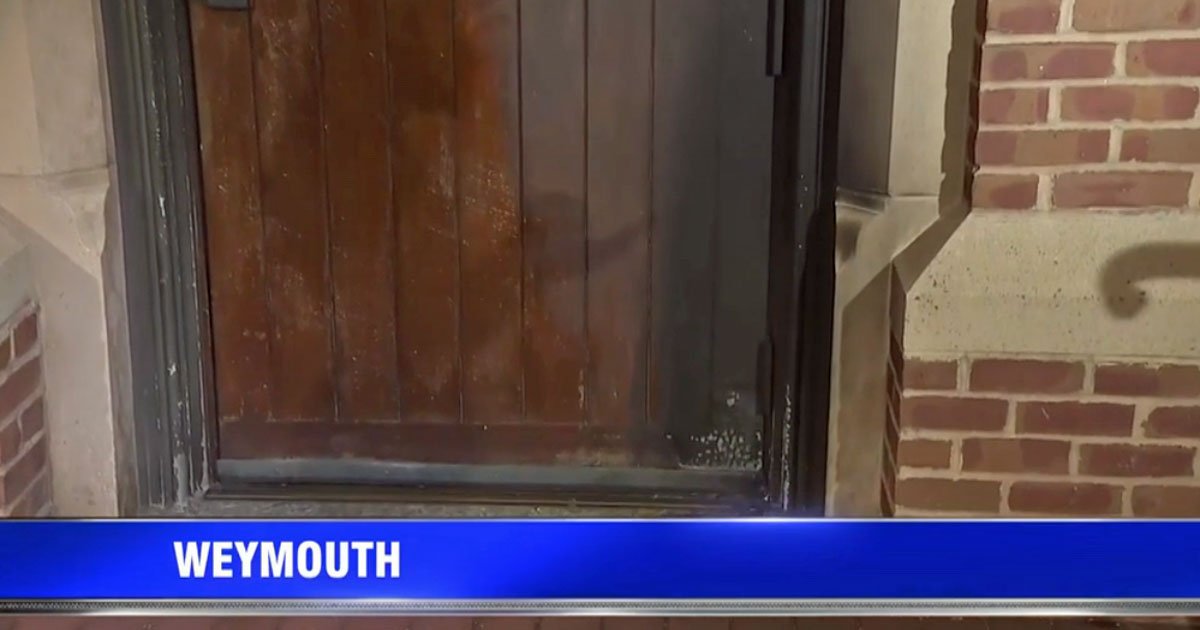 Firefighters in Weymouth said they believe a Molotov cocktail was thrown at a local church overnight now, investigators have launched an arson investigation.

Officers were dispatched to the Sacred Heart Church located at 72 Washington St. around 9:10 a.m. Monday, according to police.

The incendiary device extinguished on its own but not before charring the door and door jam.

“It appears there were two fires set against the doors of the church, CJ Doyle Executive Director, Catholic Action League of Massachusetts said. “From what we’ve been told, there was damage to the doors and melting in the interior.”