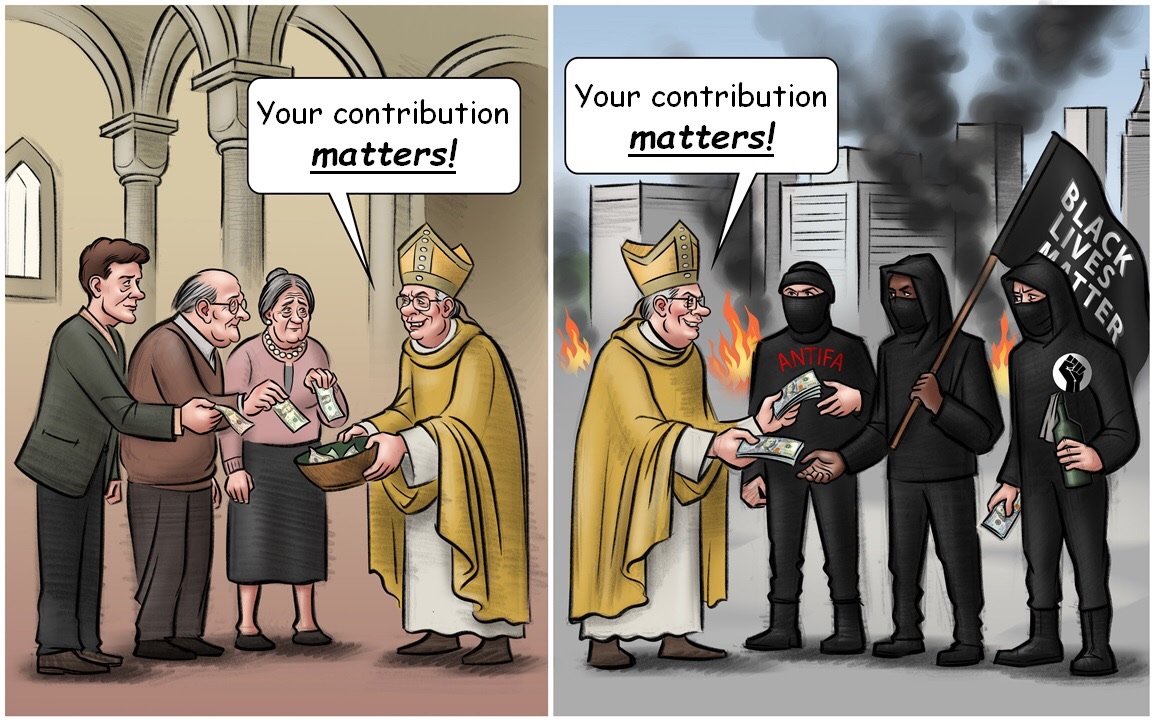 This June witnessed a massive explosion in violent crimes in major urban areas such as Los Angeles, Chicago and New York City, each of which bowed to major pressure from revolutionary organizations to defund or outright abolish their police departments. Since the Fourth of July Weekend alone, hundreds of people have been shot and dozens killed.  One victim was an 8 year old girl who was murdered in front of her mother by Black Lives Matter protesters.  Her death was a direct result of the diminished police presence brought about by the demands of organizations receiving Catholic funding by the US Catholic Conference of Bishops (USCCB) through its Catholic Campaign for Human Development (CCHD).

Last month, the Lepanto Institute reported on several CCHD funded organizations openly supporting rioting, looting and chanting slogans calling for the death of police officers. In this report, we warned of the inherent danger to human life that would result from the rhetoric being used by these groups.  Despite the fact that the USCCB rushed to denounce racism and police brutality shortly after the death of George Floyd, the USCCB has yet to respond to this report.