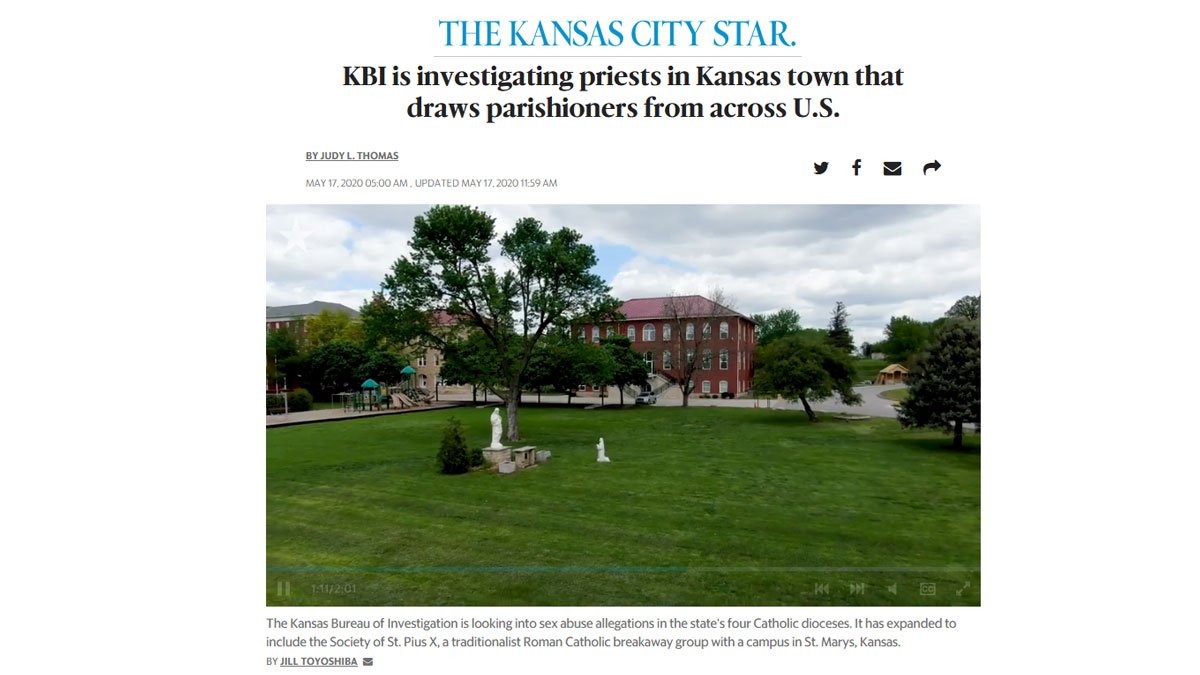 About a month ago, I posted about a blockbuster Church Militant story on sexual abuse scandal within the traditionalist Society of St. Pius X, in particular in the town of St. Marys, Kansas, where the SSPX has a school and a big community. Church Militant kept writing about it (read all its coverage here), and SSPX answered some of their charges, but I lost track of the back and forth. Now I see that the Kansas City Star has a big report on the allegations and investigation. Excerpts:

For four decades, the Society of St. Pius X has made its home in this northeast Kansas town, its followers coming from across the country to raise their children according to traditional Catholic values.

Now, with attendance at Latin Mass topping 4,000, plans are underway for the breakaway Catholic society to build a $30 million church high on its campus overlooking St. Marys. The Immaculata, the SSPX says, will become the biggest traditional Catholic church in the world.

But something else is underway that threatens to overshadow the jubilation over a new house of worship with enough room to accommodate the ever-expanding flock: A criminal investigation by the state’s top law enforcement agency into allegations of priest sexual abuse.

Read it all. It’s a long story, and it mostly covers horrific ground already reported by Church Militant. Some of you readers didn’t want to believe Church Militant, on the grounds that its editors have an axe to grind with the SSPX. I don’t know anything about hostility between CM and SSPX, but if you were thinking that reporting by CM’s Christine Niles was just tabloid trash, as a couple of you said, you should be aware that the same allegations have now appeared in the state’s biggest newspaper.

Read the rest at The American Conservative