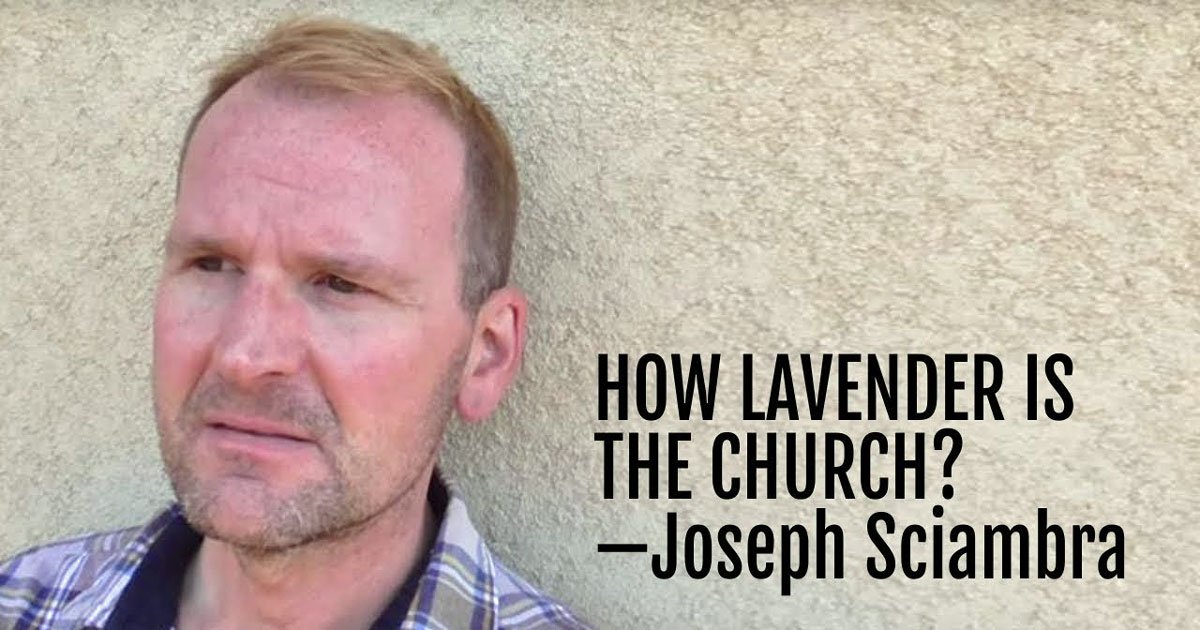 When he first began to explore the homosexual life, he was encouraged by Catholic priests.

Joseph Sciambra is an angry man. He has plumbed the depths of the homosexual subculture. He has suffered for his involvement in promiscuity, pornography, drug abuse and self-abuse. He is still paying the price, in physical and psychological suffering. He has watched one friend after another die of AIDS. Now, having rediscovered his Catholic faith and reformed his life, he watches in frustration as Catholic priests encourage young men to explore the same path that nearly led him to ruin, and Catholic bishops refuse to intervene.

In his book Disordered [Amazon carries only the Kindle version; hard copies are available through the author’s web site], Sciambra tells how he became immersed in the reckless life of San Francisco’s notorious Castro district. In sometimes graphic detail he describes the degrading sexual practices that were accepted there—practices that were driven by emotional desperation. (This book will stay on a high shelf; I would not want impressionable young people to discover this sort of moral squalor.) In full confessional mode, Sciambra does not spare himself; he details his own sins. At the same time he manages to give the reader a strong sense of how horribly unhappy he was. This book vividly illustrates how serious sin leads to a life of desolation.

Finally this self-destructive young man reaches a point of no return. His health breaks down completely; he is near death, and not terribly interested in staying alive. But he calls out for help, his mother responds, and he begins the long road to physical recovery and moral reform.