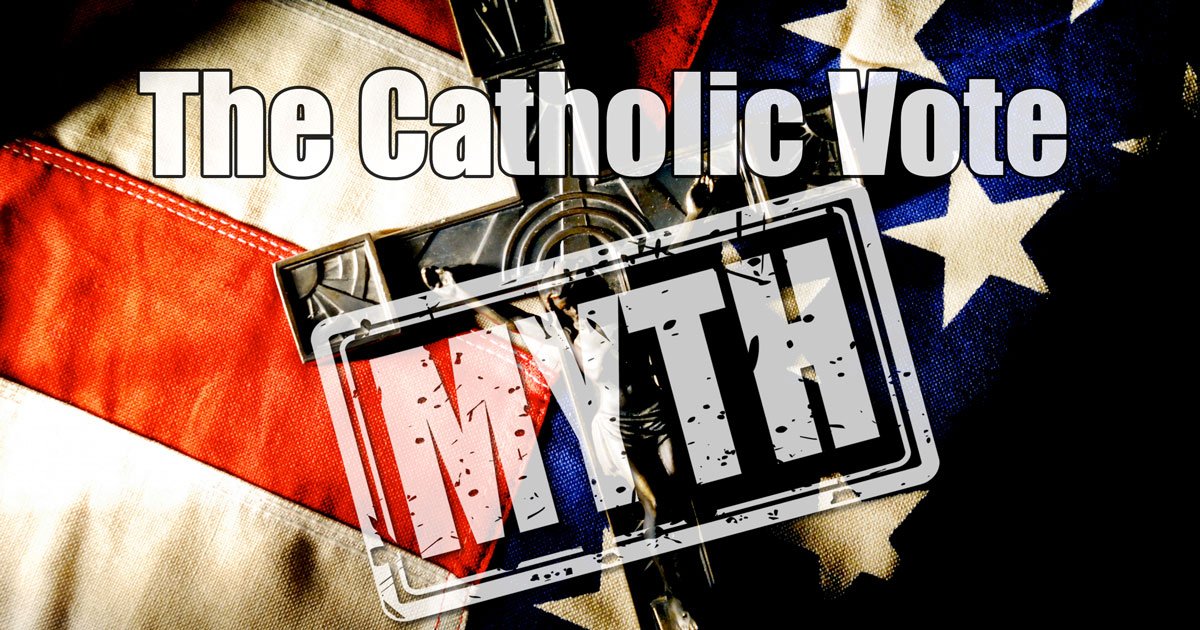 Having failed to form the faithful in the truths of the faith, American bishops have destroyed the Catholic voting bloc.

Nearly half a century ago, L. Brent Bozell, Jr., and the editors of Triumph did some math. The editors in “The Catholic Vote” (1974) and Bozell in “Toward a Catholic Realpolitik” (1975) observed that Catholics, if unified, would be the most powerful voting bloc in the country and, in fact, the entire world. It’s a fairly obvious proposition given the sheer number of Catholics in the U.S. and worldwide, and the possibility that a Church that requires such firm assent to all of its teachings by all of its members might form a unitary political bloc is not (or should not be) unthinkable. Yet Triumph saw in the Catholic body politic only untapped potential, as Catholic voters refused or failed to unite behind the moral vision of the Church.

Forty-five years later, the situation—or, rather, the non-situation—of the Catholic vote is just about the same, as a recent RealClear/EWTN poll of Catholic voters plainly shows. The poll, administered exclusively to Americans who identify as Catholic and are registered to vote, attempts to get a glimpse of the leanings of Catholic voters going into the 2020 election by asking both about hot topic issues and about particular candidates.