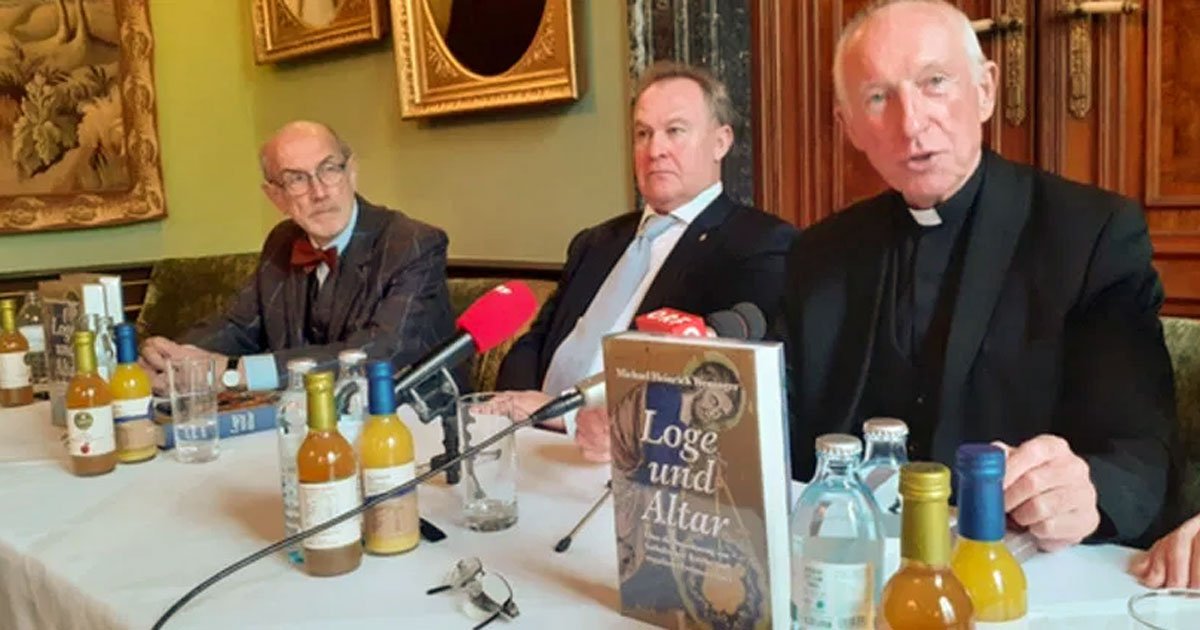 Eight popes over 200 years in a barrage of 20 legal interdicts have condemned Freemasonry, pronouncing automatic excommunication against any Catholic who becomes a member of a masonic lodge.

Now, a new book by an official of the Pontifical Council for Interreligious Dialogue is claiming that a practicing Catholic can simultaneously be a Freemason and that the penalty of excommunication may “certainly not” be applied to “Catholic Freemasons.”

Semler identifies as a “committed Catholic,” while Weninger, ordained by Cdl. Christoph Schönborn in 2011, was outed as a Freemason when celebrating Mass at the consecration of the new lodge of Mark Master Masons No. 1954 in 2014.