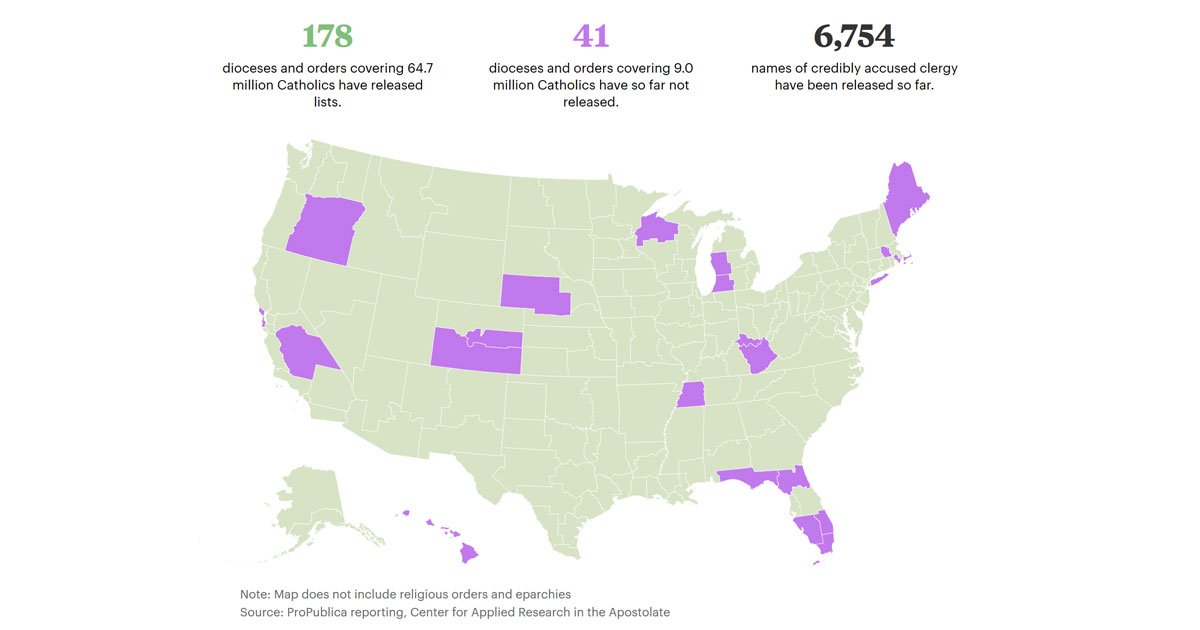 The Catholic Church has not released a public list of clergy members who have been credibly accused of sexual misconduct or assault. However, over the last year and a half U.S. dioceses and religious orders serving most of the Catholics in the country have released lists of “credibly accused” abusers who have served in their ranks, using their own criteria for whom to include. ProPublica collected these lists to provide a central location to search across all reports.

How we did this | Read the story: Catholic Leaders Promised Transparency About Child Abuse. They Haven’t Delivered.