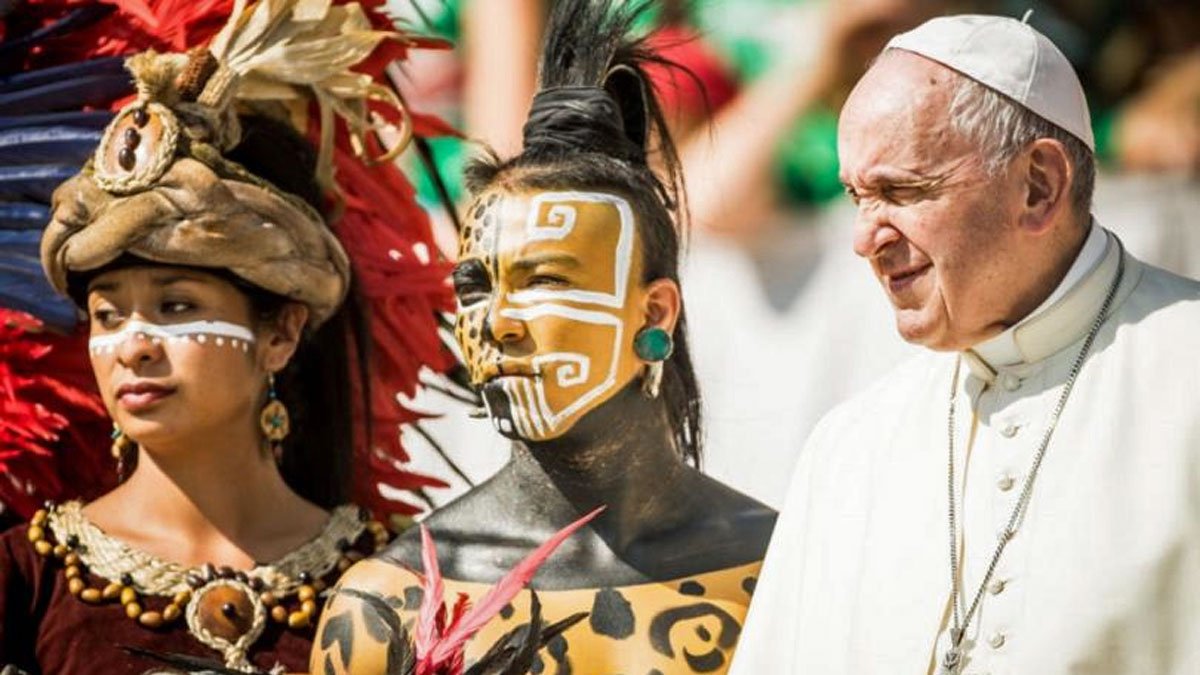 This is, I promise you, my last word on the sacrileges committed during the Amazon Synod. Truth be told, I find thinking about serial insults to Our Lord, His churches, His altar and His sacrifice that occurred during those few weeks almost unbearable.

It is bad enough that there was a pagan ritual held in the Vatican gardens under the guise of a tree-planting ceremony. It is even worse that the pagan idols worshiped there were allowed into the sacred precincts of several of Rome’s churches, misrepresented to the faithful as mere “symbols” of “Life, Fertility, and Mother Earth.”

But to my mind the worst insult to Our Lord Jesus Christ occurred when, during the closing Mass of the synod, a pagan offering to the Pachamama “earth goddess” was placed on the high altar of St. Peter’s itself. What was an unholy offering to a pagan deity doing on an altar where the Holy Sacrifice of the Mass was being celebrated?

We’ll talk about what faithful Catholics should do in a moment, but let’s first dig a little deeper into each of these outrages.