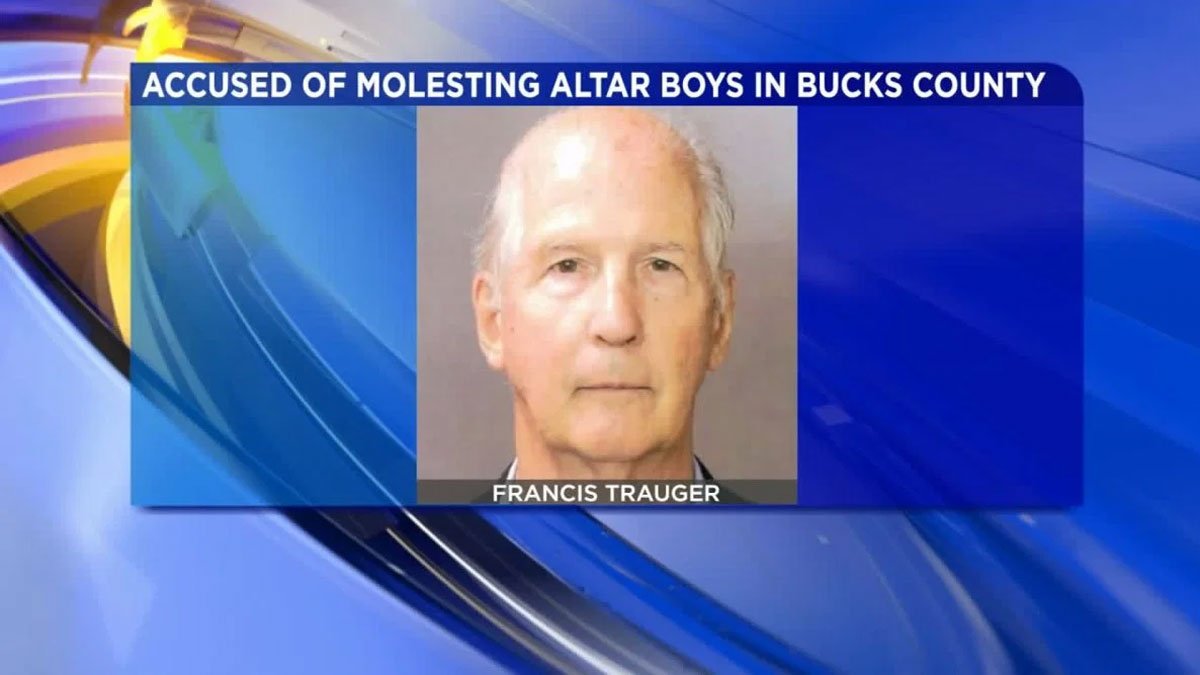 A former Catholic priest from Bucks County is facing child sex abuse charges. The allegations came after Francis Trauger was transferred to several different church across the Archdiocese of Philadelphia.

Saint Michael The Archangel Church is the last church Trauger worked as a priest before his priesthood was taken away from him by the Catholic Church. It’s also where authorities say the victims were sexually abused by Trauger for years.

The 74-year-old, a former Philadelphia Archdiocese priest, said nothing when leaving his arraignment Tuesday in Bristol Township, Bucks County. But one of his alleged victims has plenty to say.

“You robbed a lot of life out of a good kid. I was a good kid. And I’m gonna watch you be brought to justice now,” Michael McDonnell said. “I am very elevated the wheels of justice are moving forward towards the predators.”