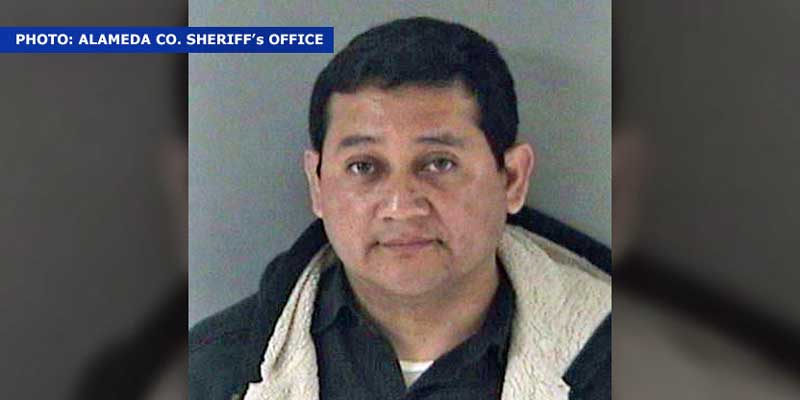 Hector David Mendoza-Vela on Friday pleaded no contest to five counts of lewd or lascivious acts on a child age 14 or 15, court documents show.

David Mendoza-Vela, 42, a Catholic priest in Fremont, has been arrested on suspicion of lewd and lascivious acts with a minor, according to arrest records and the church. (Courtesy of Alameda County Sheriff’s Department)

Last month, he pleaded not guilty to 30 criminal counts filed against him in April by the Alameda County District Attorney’s Office.

Mendoza-Vela is facing four years and eight months in prison under a plea agreement with the district attorney’s office, according to Teresa Drenick, a spokeswoman for the office.

He will also be required to register as a sex offender for life, and must stay away from the victim for 10 years, Drenick said.