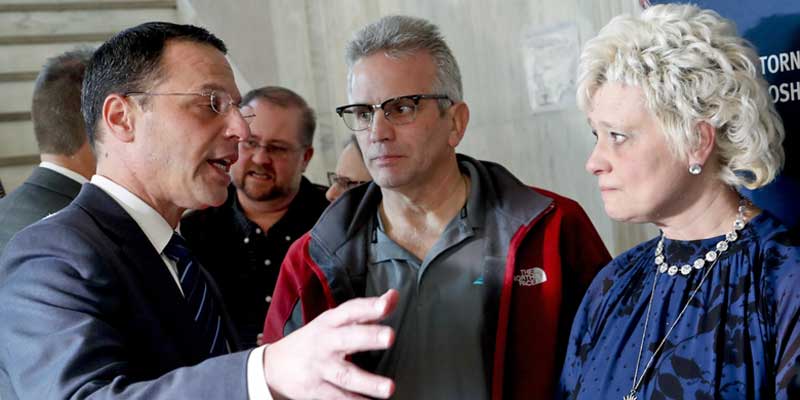 Shaun Dougherty and Cindy Leech sat, a few feet away from each other, inside the Pennsylvania State Capitol on Aug. 14, 2018.

Robert Hoatson stood, by himself, with his back against a wall.

Together, they, along with about a hundred other individuals, listened as Pennsylvania Attorney General Josh Shapiro provided details about a grand jury investigation into clergy sexual abuse and cover-up within six Roman Catholic dioceses throughout the commonwealth.

As invited guests, Dougherty and Leech were behind Shapiro.

Leech held a framed photo of her son, Corey Leech, who battled personal demons for years after being sexually abused by Brother Stephen Baker, a trainer at what was once called Bishop McCort High School in Johnstown.

Dougherty, who, as a child, was violated by a priest at St. Clement Church on Lindberg Avenue, had, by last summer, already established himself as a nationally known advocate for victims. Hoatson, co-founder of Road to Recovery, had counseled Leech before his death in 2017.

Now, a year has passed, and all three have watched as victims, their loved ones, advocates, church officials, law enforcement officers and legislators have processed the findings of the grand jury report that pointed to more than 300 priests allegedly committing at least 1,000 acts of abuse.

Read more at the Tribune-Democrat