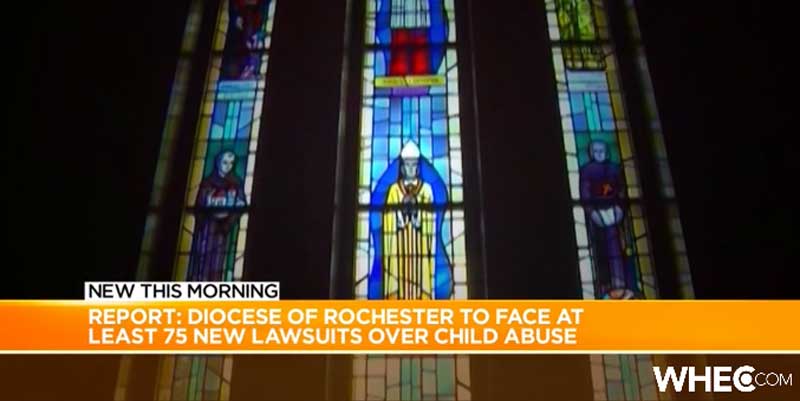 The Roman Catholic Diocese of Rochester could face dozens of lawsuits next month due to a change in state law.

Boston attorney Mitchell Garabedian told Ithaca.com dozens of victims claiming abuse by clergy members in the Diocese of Rochester have come to him over the last several months to inquire about filing lawsuits.

Of the 75 victims Garabedian represents, he says 70 are men and five are women, and their claims stem from alleged abuse that took place between the 1950s to 1993.

New York’s Child Victims Act allows victims who were sexually assaulted as minors to bring civil actions against their alleged perpetrators at any time before the victim turns 55 years old.