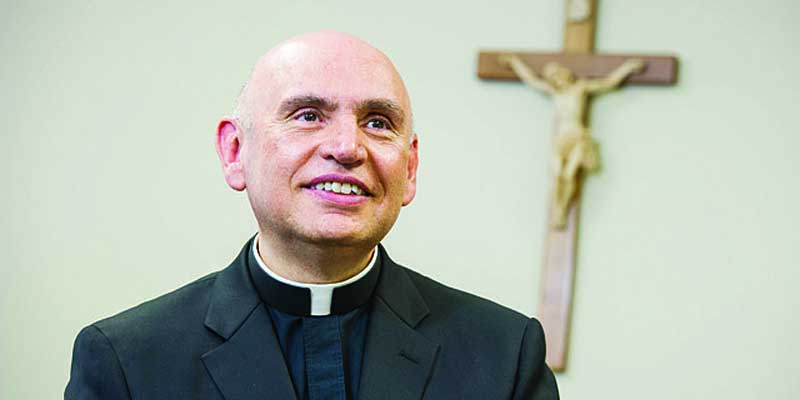 Auxiliary Bishop Mario Dorsonville was one of McCarrick’s protectors

Shortly after his elevation to archbishop of Washington, D.C., Wilton Gregory made a great show of promising to listen to a “wounded” laity. It was total BS. Gregory is notorious for freezing out lay Catholics and priests who dare to criticize the ultimate source of the wounds: a gay mafia that has promoted pederasts for decades.

Gregory, of course, knows these concerned Catholics are right. Recall that during the first iteration of the abuse scandal in the early 2000s he acknowledged that the priesthood was dangerously close to becoming a “gay profession.” But Gregory is too addled with compromise and modernism to lend wounded Catholics any real aid. A protégé of the wicked Joseph Bernardin — a deviant of staggering proportions who, with the help of the media, passed himself off as an ecclesiastical Mr. Rogers — Gregory was selected by the Bergoglio gang to perform devious mop-up for the sociopaths who preceded him.

How business as usual are things in the D.C. archdiocese? So much so that the disgraced Cardinal Wuerl’s right-hand man, Monsignor Charles Antonicelli, is serving the same role for Gregory; so much so that one of McCarrick’s protectors, Mario Dorsonville, an auxiliary bishop, is bunking at the palatial penthouse that Gregory now occupies.