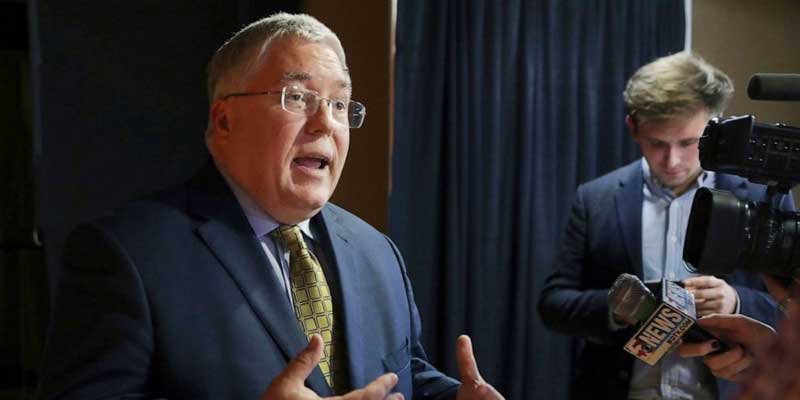 West Virginia’s Attorney general says church leaders in his state are withholding information that could prove useful in his fight to expose what he called “a history of secrecy and concealment” the Catholic Church on alleged sexual abuse by members of the clergy.

In a recent interview with ABC News, Attorney General Patrick Morrisey, a Republican who has served as the state’s top law enforcement official since 2013, expressed concern that even after two subpoenas and a lawsuit, the state’s diocese of Wheeling-Charleston has yet to make a number of relevant documents available to his office.

The push by the Attorney general comes amid a turbulent time for the church, which is battling numerous sexual abuse scandals.

West Virginia is one of several States to probe abuse allegations in their local dioceses in wake of the Pennsylvania grand jury Reports detailing a massive cover-up of clergy abuse allegations by the Catholic Church. Investigations are currently underway in Arkansas, Colorado, Delaware, Florida, Illinois, Maryland, Michigan, Missouri, Nebraska, New Jersey, New Mexico, New York, Pennsylvania, Vermont, Virginia, the District of Columbia and the Archdiocese of Anchorage in Alaska.

Spokespersons for Attorneys general in several other States, including West Virginia, told ABC News that their offices did not have the power to statewide investigations across multiple Jurisdictionss. Instead, they could only take cases referred to them by local prosecutors.

But Morrisey took a more creative approach, filing a consumer protection complaint alleging that the Diocese of Wheeling-Charleston “engaged in unfair or deceptive acts or practices by failing to disclose to consumers of its Educational and recreational services that it employed priests and laity who have sexually abused children.” That suit, he said, in the absence of a statewide investigation, could “bring a lot of information to light.”