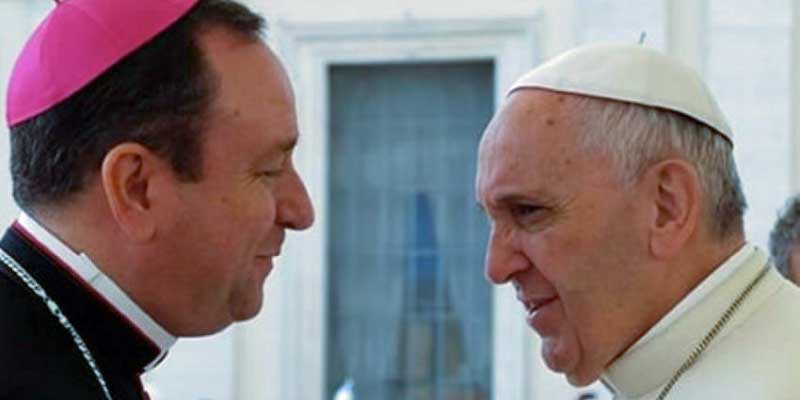 Pope Francis has said a preliminary investigation against Bishop Gustavo Oscar Zanchetta has concluded and will now proceed to trial.

Zanchetta, Bishop Emeritus of Orán, had been under Vatican investigation for sexual abuse of seminarians and other sexual misconduct.

Pope Francis said in an interview with Valentina Alazraki published May 28 at Vatican News that he read the results of the investigation earlier this month and “saw that a trial was necessary.”

He said the Congregation for the Doctrine of the Faith will conduct the process. “They will make a trial, they will issue a sentence and I will promulgate it,” the pope stated.

After resigning as Bishop of Orán in August 2017, Zanchetta was appointed by Pope Francis in December 2017 to a position created for him within the Administration of the Patrimony of the Apostolic See, which oversees the Vatican’s assets and real estate holdings.

The bishop is on a leave of absence from APSA while under investigation.

The Vatican has twice insisted it knew nothing about abuse reports against Zanchetta until the fall of 2018, though media investigations suggest that Pope Francis knew about the allegations in 2015, two years before he gave Zanchetta a Vatican job.