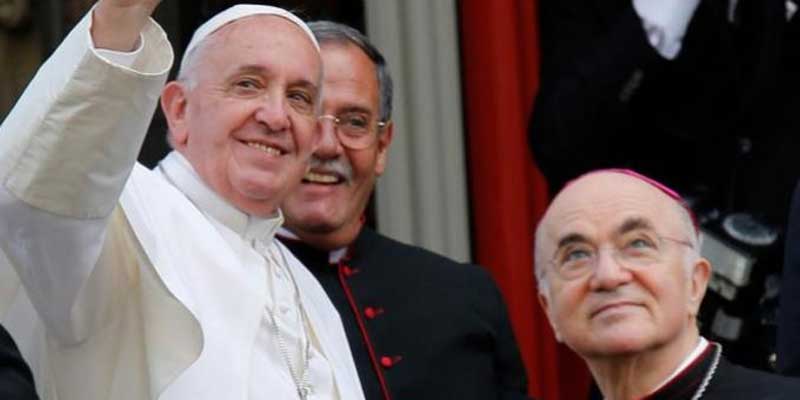 A while back, a friend of many years wondered aloud, “How bad does it need to get?” My friend was wondering about the crisis of leadership in the Church — a crisis that reaches across several generations and runs all the way up and all the way through the hierarchy — and what it will take for things to start to improve. On Tuesday, May 28th, 2019, things got worse. They also got better.

Crux and CBS had reports on leaked correspondence that provides further confirmation of restrictions placed on the disgraced and defrocked former Cardinal Archbishop of Washington, DC, Theodore Edgar “Uncle Ted” McCarrick. It also shows very senior Vatican officials who were lax in their efforts to enforce the restrictions Pope Benedict XVI imposed on Uncle Ted in 2008. It shows that McCarrick’s successor in the US capital archdiocese, Cardinal Donald W. Wuerl, knew of the restrictions, despite repeated and increasingly implausible protestations of ignorance.

Pope Francis himself, in a lengthy interview with Televisa’s veteran Vaticanologist, Valentina Alazraki (who blew the doors off the Synod Hall with her speech to participants at the child protection summit in February), also offered protestations of ignorance. “About McCarrick, I knew nothing,” Pope Francis said. “Obviously,” he continued. “Nothing,” he repeated, “nothing,” he said again.

Francis also said he could not remember whether the former nuncio to the United States, Archbishop Carlo Maria Viganò, spoke to him about McCarrick when they met in 2013. “When [Viganò] says he spoke to me that day — he came — and I do not remember if he told me about this — if it is true or not,” the Pope told Televisa. Viganò claims Francis asked him about McCarrick. Even if the former nuncio himself misremembers who initiated the conversation, Francis’s claim is that he can’t for the life of him recall whether his nuncio told him one of his cardinals is a pervert. Let that sink in.

Pope Francis’s powers of recollection do not appear to be at their apex in the interview. At one point, Alazraki asks him about his approach to people in “irregular” life situations, and offers the example of an Argentinian divorcée who spoke with Francis by phone, after which she reported that Francis had given her permission to receive Holy Communion. “What I said to that lady, I don’t well remember,” said Francis to Televisa’s Alazraki, “but I must surely have said to her, ‘Look, in Amoris laetitia there is that, which you must do. Talk with a priest, and search with him’.”

Pope Francis made the phone call to Jaqui Lisbona in response to a letter she had written, seeking counsel from the Holy Father with regard to her spiritual life and relationship with the Church. This was in April of 2014 — Easter Monday of that year, according to several reports — two years almost to the day before Francis published Amoris Laetitia. Pope Francis makes lots of phone calls, though. Perhaps he confused Mrs. Lisbona with someone else, with whom he has spoken more recently.

In the spring of 2018, after the long festering crisis in Chile became an international scandal, Pope Francis swore he’d learned his lesson, and promised to do better. The Chile business exploded in Francis’s face when he repeatedly accused prominent abuse survivors and victim-advocates of calumny, saying that they brought allegations against Bishop Juan Barros without any proof, without evidence.

In the interview with Televisa’s Alazraki, Francis answered a question regarding his staunch support for Honduran Cardinal Oscar Rodriguez Maradiaga, who is accused of corruption and mismanagement as well as coverup. “They say all kinds of things [about] him,” Francis said, “but there is nothing certain.” The Pope went on to say, “[Maradiaga] is honest and I have taken care to look into things well. These are calumnies.”

Francis’s interviewer asked for clarification. Did the Pope mean to say the allegations against Cardinal Rodriguez Maradiaga, the long-serving Archbishop of Tegucigalpa and the Coordinator of Francis’s hand-picked Council of Cardinal Advisers, are calumnies? “Yes,” Pope Francis said, “because nobody could prove anything.”