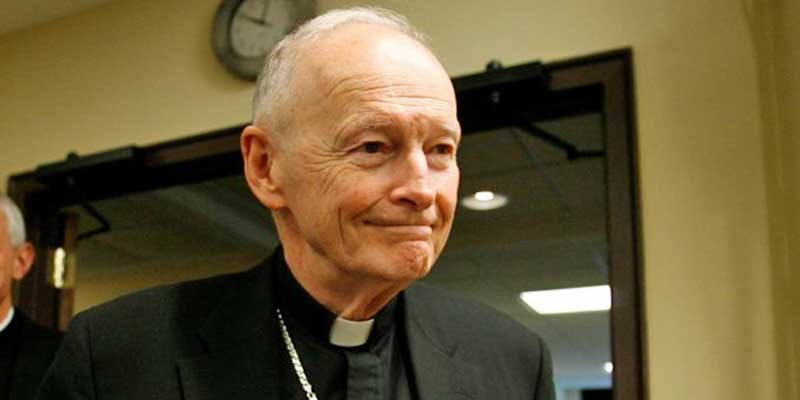 Theodore McCarrick was demoted from cardinal to archbishop some months ago. Under pressure of media attention, the Vatican has upped the ante on penalties against him. Now he is simply Mr. McCarrick, forbidden to function as a priest in any but the most extreme emergency situations. He can still offer absolution to the dying victim of a hit-and-run. The rest is nil.

Forgive me if I abstain from all the cheers of satisfaction over McCarrick’s defrocking. Certainly, I have no sympathy for the man. And I leave to others all theological argument over the indelible character of his status as a consecrated member of the ministerial priesthood. What galls is the Vatican’s belated recognition—self-serving and delinquent in its tardiness—of the man’s decadence and callousness toward even the very young.

Scepter in hand, the Vatican rises like the Red Queen to shout: “Off with his head!” Fine. But where were all these queens through the decades of McCarrick’s stunning rise to power? In the looking glass world of Vatican politics, he moved across the chessboard with the ease of a grand master.

McCarrick’s career of deceit was granted a pass so long as it was kept under wraps. It is not his cruelty that has brought about his laicization. It is the scandal of his corruption having been unmasked. What stirred the Vatican into action is nothing more elevated than public embarrassment. Nothing cures a blind eye better than exposure in the press. The Vatican is grandstanding for the sake of its reflection in the media. Image-mongering is an unholy posture which deserves no applause.