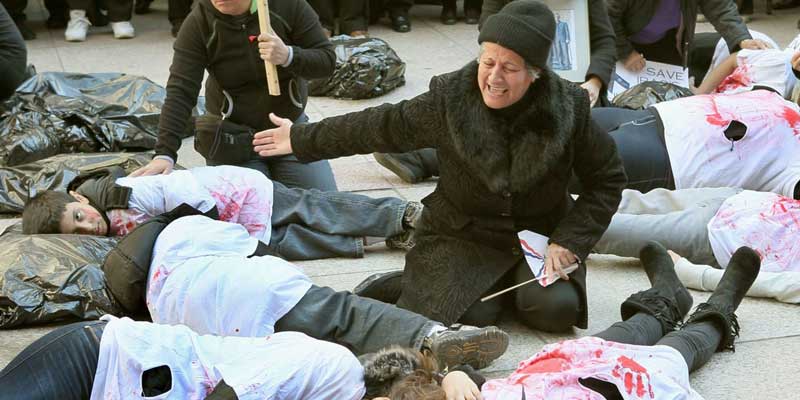 The persecution of Christians in parts of the world is at near “genocide” levels, according to a report ordered by Foreign Secretary Jeremy Hunt.

The review, led by the Bishop of Truro the Right Reverend Philip Mounstephen, estimated that one in three people suffer from religious persecution.

Christians were the most persecuted religious group, it found.

Mr Hunt said he felt that “political correctness” had played a part in the issue not being confronted.

The interim report said the main impact of “genocidal acts against Christians is exodus” and that Christianity faced being “wiped out” from parts of the Middle East.

It warned the religion “is at risk of disappearing” in some parts of the world, pointing to figures which claimed Christians in Palestine represent less than 1.5% of the population, while in Iraq they had fallen from 1.5 million before 2003 to less than 120,000.

“Evidence shows not only the geographic spread of anti-Christian persecution, but also its increasing severity,” the Bishop wrote.

Read more at the BBC