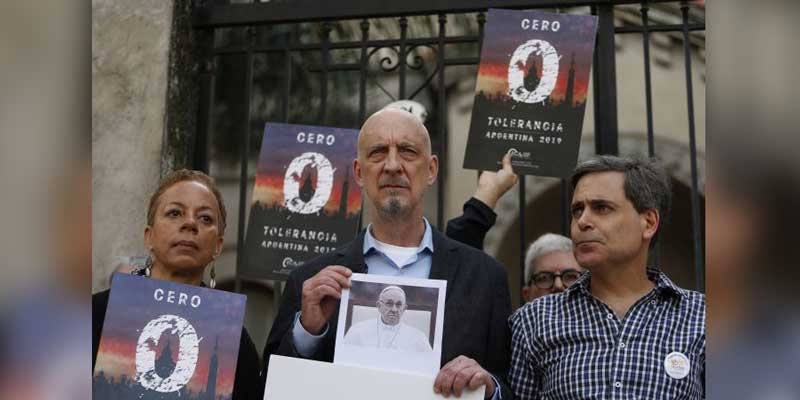 Activist groups are calling on Pope Francis to guarantee the implementation of the Vatican’s “zero tolerance” for sexual abuses by clergy in Argentina, where they say the policy has not been carried out.

The Argentine group Church Without Abuses and the global organizations Ending Clergy Abuse and BishopAccountability.org on Thursday urged Francis to return to his homeland of Argentina, which he hasn’t visited since becoming pope in 2013, to ensure the Catholic Church punishes these crimes and does not protect perpetrators.

“If the pope cannot end abuses and cover-ups in Argentina he will not be able to do it anywhere else. This is where he has more power, influence, it is symbolically the most important country in the fight against abuse in the world,” Peter Isely, co-founder of Ending Clergy Abuse, told The Associated Press.

Isley and representatives of other activist groups gathered near the Monsignor Mariano Espinosa Home for Priests in Buenos Aires, displaying signs calling for zero tolerance for sex abuses.