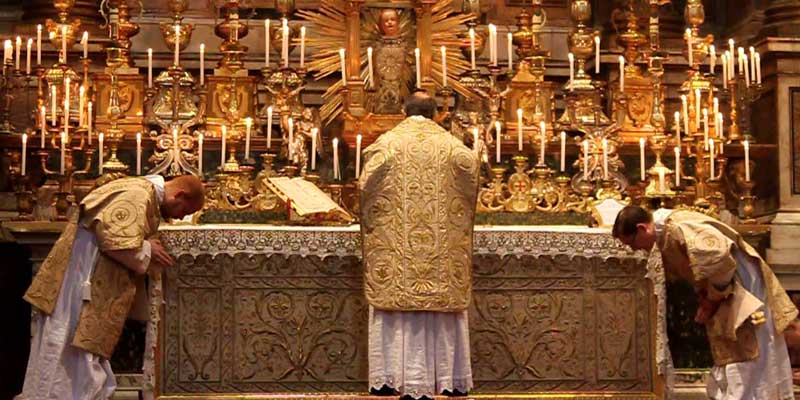 In the midst of what feels like an interminable and ineradicable abuse crisis, some Catholics will be tempted to pin the blame on the traditional conception of the priesthood, which they poorly understand. In my opinion, the problem is not that we make our clergy too much, but that we have cut them down to a mere human job description instead of seeing their work as a sacred mission to which they are called and consecrated by God.

The solution to abuse is not to cast off the ideal but to emphasize it anew, purified of whatever vices it may have picked up in a certain period of history. Our current period is marred by the Sexual Revolution of 1968, as Pope Emeritus Benedict XVI recently observed in his letter on the abuse crisis. One might add that our period is also marred by egalitarianism, horizontalism, and secularism, a devil’s brew that prevents clergy who drink it from aspiring to, and rejoicing in, the full spiritual nobility and self-sacrifice demanded of their vocation.

The figure of the priest as it has been known in the West for nearly two thousand years has been gradually scaled down in the past few decades to something that can hardly be recognized as official, much less as sacred or sacerdotal. Most of the priests I was acquainted with in my youth cut the figure of administrators who handled public relations, luncheons, fundraising, and the like, handing over to laity the responsibilities of “liturgical planning” and even the distribution of Holy Communion, for which the priest’s hands have been anointed. What ever happened to the priest, that mysterious and majestic representative of God?

Consider for a moment how anti-traditional tendencies, whose bitter fruits we are still reaping, affect the priest’s role in the parish and his own perception of the duties belonging to his office. There can be no doubt that priests ought to be shepherds, teachers, and rulers in imitation of their divine model; for there is no doubt that people in all ages need to be shepherded, taught, and ruled. The most important channels for the exercise of this threefold office are the confessional, where the priest can pardon sinners and lead them to holiness, and the sacred liturgy, through which he can unite the faithful to the awesome and life-giving mysteries of Christ.