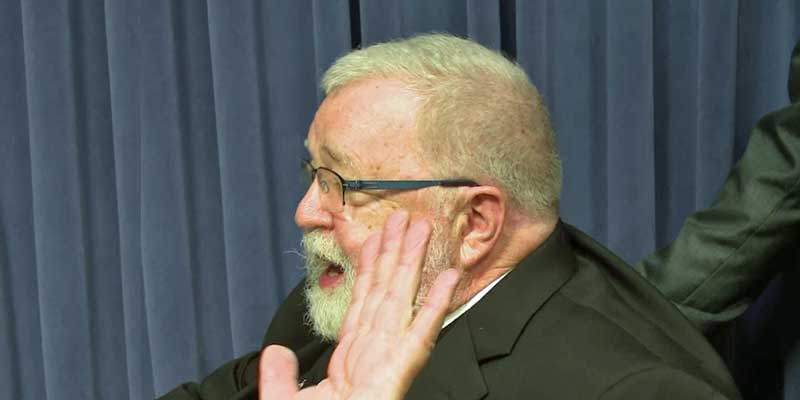 It has been nearly a month since Heart of Illinois ABC approached Bishop Daniel Jenky with questions about priest and clergy sex abuse accusations in the Peoria Catholic Dioceses.

Our journalists approached Jenky at a press event in Springfield, March 28, where we asked Jenky in person if he would be willing to speak on camera with us about this issue. Jenky declined to answer questions at the event, asking us, “Why not call my office in a normal way civilized people do?” He then asked us to contact his office to followup with our request. His comments came after numerous requests for interviews via phone, e-mail, and in person.

You can see our full report on that interaction by clicking here.

Our intention has been to interview Jenky about a recent report from the law firm, Jeff Anderson and Associates, out of Chicago. Their findings name 395 priests and lay people publicly accused of sexual abuse in Illinois. Of those, 39 names were associated with the Peoria Diocese. The Diocese has acknowledged 26 of those as being “credibly accused.” No one from the Diocese has done an on camera interview with us following the release of this report, or in response to the Illinois Attorney General’s report on this matter.

On April 8th, Heart of Illinois ABC e-mailed the Catholic Diocese of Peoria to request an on-camera interview, per Bishop Jenky’s request.

Monsignor James Kruse responded to our e-mail via phone on Tuesday. During the phone call, Kruse said Bishop Jenky declined to speak to us on-camera again. Kruse emphasized that the bishop specifically declined to speak to Heart of Illinois ABC and our sister station, 25 News, because of the way we tried to ask Jenky questions at the Springfield event.