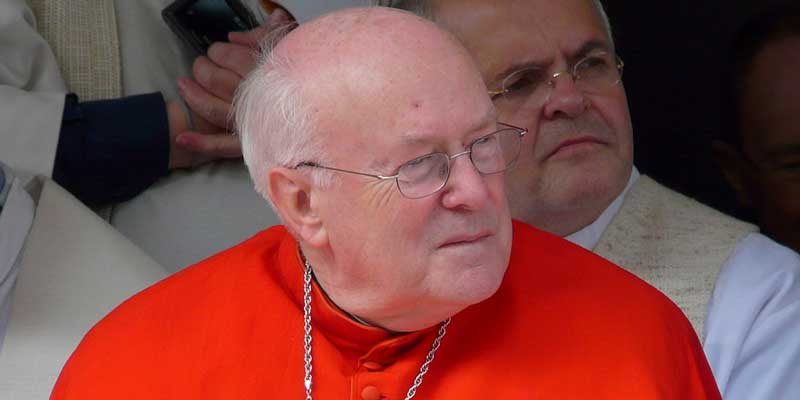 Cardinal Godfried Danneels, 85, former head of the Mechelen-Brussels archdiocese in Belgium, has died.

Danneels was part of a coalition of left-leaning Church leaders known as the St. Gallen Mafia — so named after their meeting place in St. Gallen, Switzerland.

Although the cardinal’s exact cause of death is unknown to the public, a statement from the Belgian bishops mentions, “His physical health gradually deteriorated.”

Pope Francis expressed his condolences, saying in a message to Cdl. De Kesel on Thursday, “I send my deepest condolences to you and to his family, the bishops of Belgium, the clergy, the consecrated persons and all the faithful affected by this mourning.

“This zealous pastor served the Church with dedication,” the Pope added.

Known as a liberal in the Church, Cdl. Danneels spoke favorably in 2013 of the legalization of gay marriage in Belgium, telling a Dutch newspaper, “I think it’s a positive development that states are free to open up civil marriage for gays if they want.”

Another member of the St. Gallen Mafia, German Cdl. Karl Lehmann, died in March of last year at the age of 81.

The St. Gallen Mafia was instrumental in getting Pope Francis elected in 2013. The semi-secretive group conspired for years to get a progressive-minded prelate elected to the papacy. Although the group disbanded in 2005 when it then failed to elect Argentina’s Cdl. Jorge Bergoglio to the papal see, it was resurrected in 2013 after the sudden abdication of Pope Benedict.