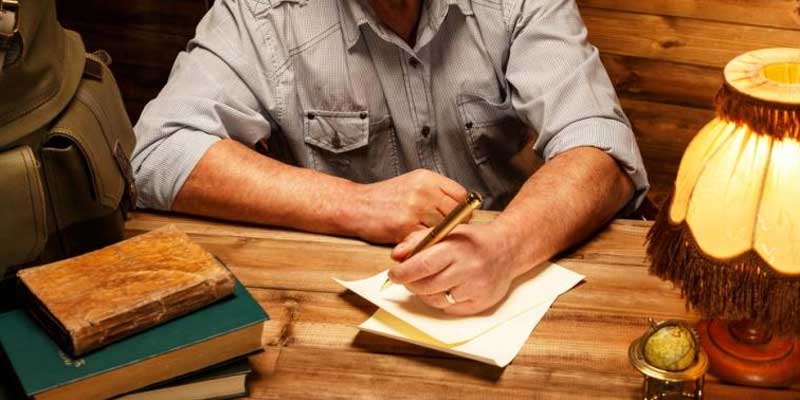 Editor’s note: The letter below was written by a Catholic father to his three children. He writes: “The letter is a sort of final testament of my witness to the Truth, that there will never exist any confusion among my own children about my actual beliefs and firm steadfastness in our shared Catholic Faith, and the mortal dangers that lurk everywhere in the current secular culture.” It is reprinted by permission of the author.

Well into the final third of this earthly life, I am focused on the ultimate goal, the saving of my soul and the souls of my children and grandchildren. Eyes on the Prize. When I asked Mom if this email was too much, she replied: “If their house was on fire, would we tell them? . . .  and the spiritual threat to them is so much greater.” So here goes. Please forgive the length.

With the combination of aging, life experiences, the love of Mom, the Catholic Faith, and the grace of God, during the past two decades, I have gained wisdom and knowledge. As a parent who prays that you and your children reach heaven, I am compelled to share these insights with you.

Mom and I often reflect on the unbelievable changes in the culture that have occurred in our lifetime and the amazing speed in which these changes have occurred. Unlike the scientific and technological fields, where breakthroughs occur on a frequent basis and at a dizzying pace, during the past fifty years there have been no significant advances in understanding the Truth of the word of God. No Thomas Aquinas or Augustine has emerged to enlighten and elucidate our knowledge of moral law. Neither the Holy Bible nor Natural Law has changed. The Catholic catechism essentially remains the same. Yet the culture has truly undergone a revolution, a revolution fueled by many evil influences. If still alive, Grandma & Grandad and Grandpa & Grandma would have been abhorred by the radical changes in mores.

Compared to the generation in which I was raised, and even the one in which you were raised, these cultural changes have made the task of being a responsible parent an extremely difficult, nearly impossible, undertaking. Surrounded on all sides by this secular and permissive culture and with easy access to the internet, your children face imminent and immense spiritual dangers, literally unimaginable to our generations. Mortal danger lurks as close as their cellphone, or that of their friends’ cellphone or laptop.

In our midst evil hides in plain sight. Everywhere. Pornography, for example, is one of the most immediate and pressing threats to the souls of your children. Eleven is the average age children are exposed to the degrading, visually vivid, lurid, and addictive images of pornography. You must maintain constant vigilance to protect your children. Be proactive. Talk with them about good and evil. Pray daily. Dedicate time to pray the Rosary with your children. Ask the Blessed Mother for her intercession and assistance. Pray to cousin Gloria to beseech God and St. Michael the Archangel to guide and safeguard your family.

My dear children, please slowly read and thoughtfully ponder this letter. It describes changes in the culture, none positive, lies of the culture, and specific consequences of those lies. It includes comments on the orchestrated attack on free speech by the left via fear, shaming, and intimidation, both in the public arena and on the internet/social media, where your children will seek information and learn much about the world. Finally, it concludes with personal reflections on an appropriate response to such changes. Here are the unvarnished truths of our culture.

The Past 50 years: A Frontal Assault on our 4,000-year-old Judeo-Christian Culture

During the past 50 years, there has been a direct frontal assault on our 4,000-year-old Judeo-Christian Culture. The Church, the family, and marriage, cherished institutions foundational to our culture, have been viciously attacked by the progressive left, including much of the media and Hollywood. Contraception, abortion, casual sex, divorce, and most recently, gender fluidity, have been actively promoted as cultural advancements that should be heralded.

However, the product of these forces has been a cesspool of moral corruption with striking increases in adultery; homosexuality; premarital sex; out of wedlock pregnancy; abortion; confused, unwanted and unloved children; drug abuse; euthanasia; assisted suicide; and pornography. These cultural myths have been based on lies and deception, repeated so often that, sadly, many now accept them as true. Here are some of the more damaging lies.