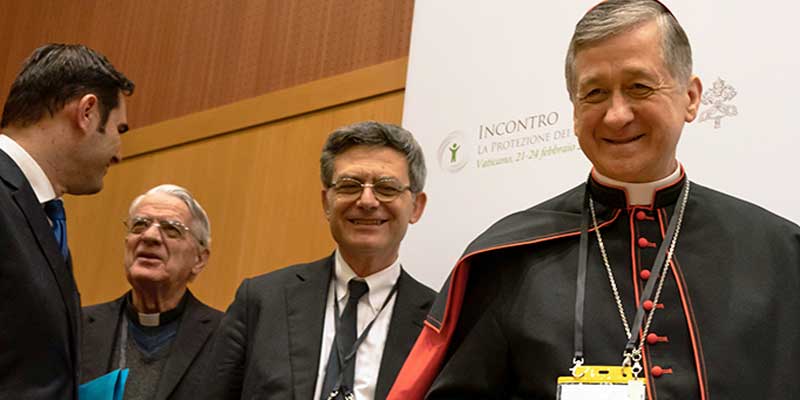 The U.S. bishops in Dallas didn’t have the courage to address what the data clearly showed was the main part of the crisis: the culture of tolerance for unchastity in the clergy that made it both easier to abuse and harder for Church leaders to eradicate it.

While the cancer of sexual abuse should be attacked and eliminated wherever it appears, if 81% of the cancer were found in one organ, serious oncologists would obviously give that malignant tumor special focus. How can the same-sex dimension of the abuse crisis be ignored?

Moreover, the bishops likewise did not address in depth the corrupted culture that permitted such wide-scale abuse and the lack of determination to eradicate it: namely, the practical toleration in many places of priests routinely cheating on their vocations with men or women.

Indulgence of priestly unchastity with adults does not foster an attitude of rigor with regard to policing and extinguishing sexual sins with 17 year olds. And that culture of unchastity, in the states, was predominantly homosexual as well.

When priests cheat on their vocations with women, in general they do so alone, without forming cliques or collared mafias. Moreover, either the wayward priest gets busted for solicitation, or his inamorata gets pregnant or gives him the ultimatum to choose her or the priesthood, with the result being that most priests who persist in infidelity leave the priesthood.

Priests who cheat on their vocation with men or fellow priests, on the other hand, often persist living a double-life as priests. When there’s a high enough incidence, networks can form that can dramatically impact the culture of Church institutions and presbyterates. Various seminaries, religious houses and even dioceses in the 1970s and ’80s featured openly homosexual subcultures, much like French author Frédéric Martel claims in his recent exposé, In the Closet of the Vatican: Power, Homosexuality, Hypocrisy, now exists the Vatican.

Even if many of Martel’s claims are unsubstantiated and seem outlandish, one of his main conclusions is hard to contest: that a clerical culture that keeps widespread same-sex activity with adults hidden is one prone to covering up other sexual sins as well, like he says has happened with regard to the abuse of minors.

The unaddressed issues of Dallas 2002 — the failure to address the culture of unchastity in general, the problem of same-sex activity among clergy in particular, and the need to hold bishops accountable — detonated as a time bomb last year, personified particularly in the case of the dismissed cleric Theodore McCarrick. And the failure of the 2019 Rome Summit to address at least those first two issues is portentous.