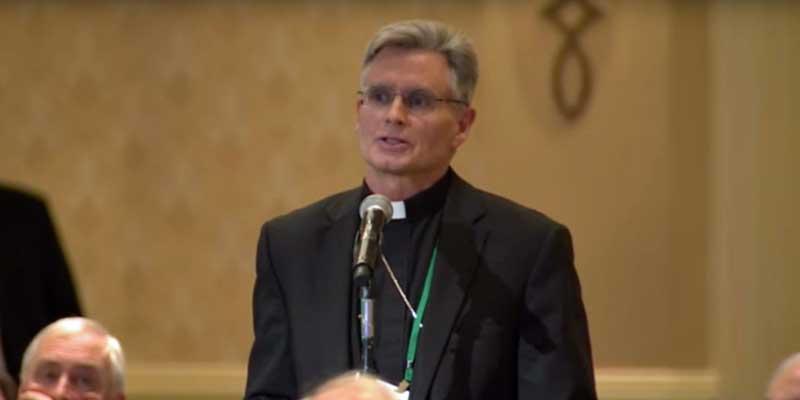 There’s a quote that Spokane Bishop Thomas Daly uses a lot that he attributes to his favorite saint, Vincent de Paul, from back when the church was experiencing another crisis of corrupt and abusive priests.

“’If you want to be one of the church’s enemies, be one of her priests’,” Daly said on his Bishop and the Vicars podcast last year. “And, of course, you could say, one of her bishops for that matter.”

It’s one of those quotes that can be read in two ways. You could read it as saying that it’s sometimes the job of priests or bishops to become the righteous enemy of a corrupt institution. Or you could read it as saying that the priests themselves had become one of the biggest problems in the church. “The very men who are supposed to be the heroes, by their behavior, are the villains,” Daly said. “The very people who are supposed to lead people to Christ are harming it.” And that’s the stance that Daly took in November at the bishop’s conference in Baltimore, when he stood up on the floor and condemned some of his fellow bishops for their role in the latest series of abuse scandals, arguing some bishops were morally compromised while others were so obsessed with climbing up the “ecclesiastical escalator” that they’d turned a blind eye to evil and degeneracy. In our latest edition of the Inlander, our cover story focuses on the culture-war divide splitting the Catholic Church, with Daly representing the more conservative, traditional wing, while his predecessor, Cardinal Blase Cupich, representing the more moderate or liberal wing.While Cupich’s prominent role in the American Catholic Church has made him a more visible lightning rod for debate, Daly’s role in Spokane has been particularly interesting. He’s not the sort to shy away from controversial topics like exorcism. He’s mandated that congregants from every parish kneel during mass. He instituted a tax on local parishes for funding the diocese instead of relying on the “welfare” of the Catholic extension. And he got national attention after proclaiming that politicians who support abortion rights should refrain from taking Communion.Last month, the Inlander sat down with Daly for over an hour, digging into some of the diciest topics facing the church. Here are some of the key moments from that interview, edited for length and clarity.

Read the entire interview at The Islander