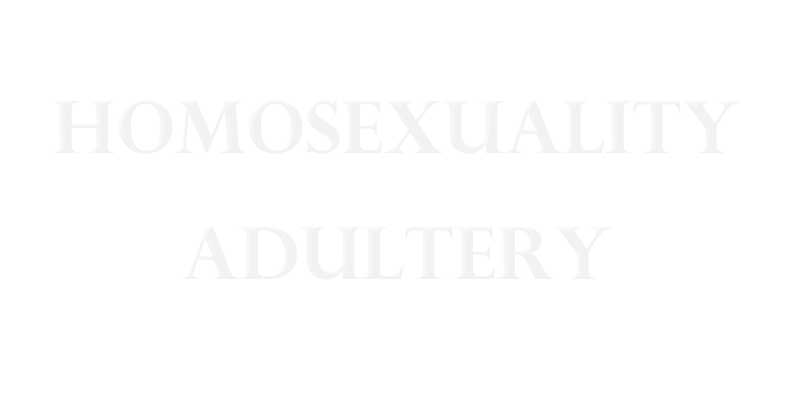 It is a fact, not an opinion. The words “adultery” and “homosexuality” have both disappeared from the magisterium of the Church, the highest, that which reports to the Roman pontiff.

About the first word this was already known. It disappeared completely just when it would have been most natural to say it, at the two synods on the family and shortly afterward, when Pope Francis settled the accounts in the exhortation “Amoris Laetitia.”

While the disappearance of the second is more recent. And this too happened right at the moment in which it seemed impossible not to say it: at the February 21-24 summit at the Vatican on sexual abuse committed by priests and bishops, almost all of it against the young and very young of the same sex.

“It is known that when one wishes to marginalize or eliminate some truth, there is no need to contradict it openly; on the contrary, this would be the worst strategy, because it would prompt open reactions and draw attention. Much better, instead, to pass over it in silence, not talk about it anymore, to lock it up with the old junk in the attic or the basement, and over the span of some time all memory of it will be lost, and life will go on as if it were no longer there.”

This observation was made by Dom Giulio Meiattini, a Benedictine monk of the abbey of the Madonna della Scala in Noci, professor of theology at the Pontifical Atheneum of St. Anselm in Rome, in the preface to the second edition of his book “Amoris laetitia? The sacraments reduced to morality.”

The preface can be read in its entirety on the blog of Aldo Maria Valli. But it is enough here to sample the passages most focused on the banning of these two words.