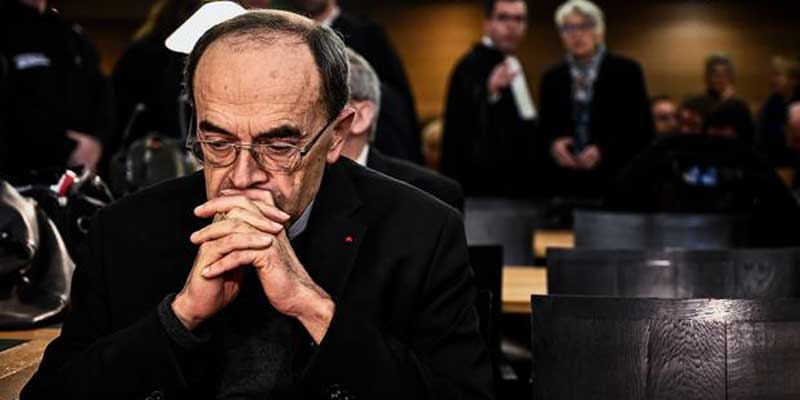 In a surprise decision in France’s most important church sex abuse trial, a court on Thursday found top Catholic official Cardinal Philippe Barbarin guilty of failing to report to law enforcement accusations against a pedophile priest. The Lyon court handed Barbarin a six-month suspended prison sentence for not reporting the facts in the period between July 2014 and June 2015.

The Rev. Bernard Preynat’s alleged victims said Barbarin and other church officials covered up for him for years, but the statute of limitations had expired on some charges and even the victims had expected that the cardinal would be acquitted.

The prosecutor had also argued against convicting, saying there were no grounds to prove legal wrongdoing.

The priest has confessed to abusing Boy Scouts in the 1970s and 80s and will be tried separately.

Barbarin, 68, testified that he was unjustly accused, saying, “I don’t see what I am guilty of.”