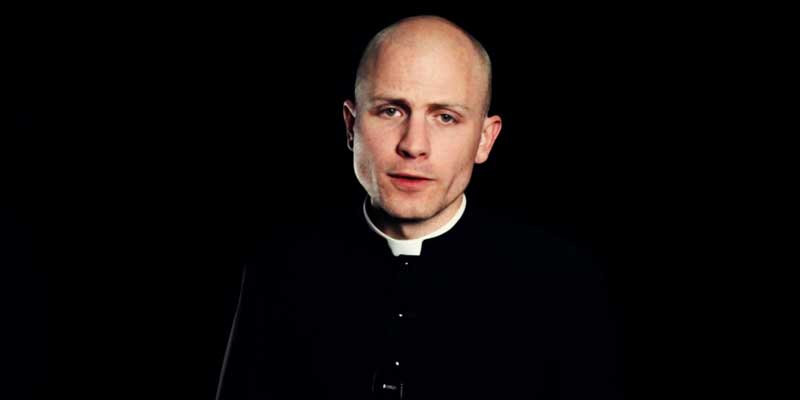 When I entered the seminary I felt secure in my masculinity.  I had those formative experiences in my life that taught me about masculinity and manhood.  However, I knew that what I needed to work on now, as a man beginning my seminary journey, was how to enter into authentic relationships with people. I knew enough to know that being not just a man but a “man who can love as man loves” would be a vital part of becoming a priest.

1)  One of the first people I met from my seminary class was a really outgoing guy. He was engaging, and we had good conversations at meals and so forth. Very early on, as I was starting to grow in friendship with him and other classmates as well, this guy stopped by my room, and while I was typing a paper at my computer, he started to give me a shoulder rub. When he moved down my back, I immediately stood up and acted like I needed to do something. He left, and I sat in my room for about 10 minutes. “What just happened” was a question I sat there asking myself.  I finally decided to go down to his room and confront him. He was from another culture originally, so I told him “I don’t know if that’s what you all do in the culture you are from, but that doesn’t fly here. Don’t ever do that again.” At that time, I had only been a seminarian for about a month, and so it didn’t cross my mind to report him because even though I knew he was living with homosexuality and apparently also was choosing to act on those attractions, I wanted to believe it WAS his culture of origin to blame. About a year later, I found out that the same guy had harassed a fellow seminarian to the point where the guy just left the seminary (“Goodbye Good Men” as an aptly titled book on this topic puts it).  The seminary kicked the harasser out of the seminary.  Unfortunately, though, probably before the seminary had any idea about this guy’s behaviors, he had really messed me up and driven another guy out of the seminary.

2) So I’m still in this mode early on as a seminarian trying to figure out what masculine intimacy and masculine friendship looks like, and I met a religious brother who was around the seminary. He would ask how things were going, and every now and then he’d stop and ask if I could pray for him. I started to get uncomfortable as he was starting to come by more often.  And then he got in some real trouble when he was reported for sexually harassing a male waiter at a restaurant.

3) There was a priest at the seminary. He was on staff. Again a very kind guy. He would check in on me and the other seminarians and ask how things were going and so forth. Again I thought of this person as a visible indicator that, “OK, I’m getting better at this relationship thing. I’m getting better at this vulnerability and relationship with other men thing.”  And then I found out that he was well known for having homosexual paraphernalia and was essentially openly homosexual.

My point in all of this is that a spiritually mature man is hard to develop. And part of the temptation for some men to NOT grow and develop in masculine love is that they believe that intimacy, relational loving, etc. are NOT masculine at all.  It can be easy, as a man, to write off being vulnerable and expressing intimacy for others as being “soft” because so often the images presented to men in our culture today either skew toward the “Homer Simpson drunk moron option” or the “feminized sensitive guy” option.  There’s very few examples out there of men heroically loving others AS men.

It is EXTREMELY HARD to learn how to be a man who is also relational and loving in the midst of one’s masculinity.

Read the rest at On This Rock