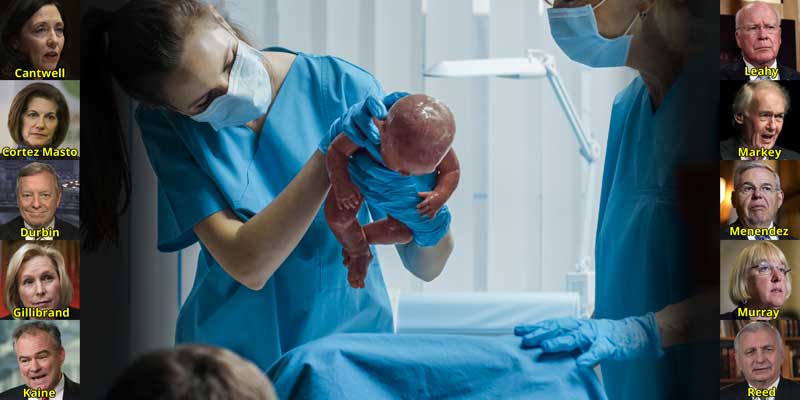 The U.S. Senate, in an evening vote on February 25, failed to advance a measure sponsored by Sen. Ben Sasse, R-Nebraska, that would have required babies born alive after an abortion to be given medical attention and “the same protection of law as any newborn.”

The vote to bring the Born-Alive Survivors Protection Act forward was 53-44. Sixty votes were needed to invoke cloture and cut off a filibuster of the measure, which Sasse’s press office said was co-sponsored by half the Senate.

“I want to ask each and every one of my colleagues whether we’re OK with infanticide,” Sasse said on the floor ahead of the vote. “This language is blunt. I recognize that and it’s too blunt for many people in this body. But frankly, that is what we’re talking about here today. Infanticide is what the Born-Alive Abortion Survivors Protection Act is actually about.”

Ten Catholic Senators were among those who against the measure. Bishop Thomas Paprocki of Springfield issued a statement that Senator Dick Durbin will be denied communion until he repents for his sin.

The fact these Senators are allowed to publicly call themselves Catholics and yet obstinately reject Church teaching on issues like abortion creates GREAT SCANDAL, leading others into error and jeopardizing countless souls of eternal damnation.

The very idea that we are even debating the issue of taking the life of a child AFTER it is born is a byproduct of years of inaction and silence on the part of our Catholic bishops.  Bishops must act now to PUBLICLY reprimand these Catholic impostors BY NAME and impose the strictest canonical penalties possible.

U.S. “Catholic” Senators Who Voted In-Favor of Infanticide on February 25, 2019

* - indicates that the bishop has publicly imposed canonical penalties against the senator.