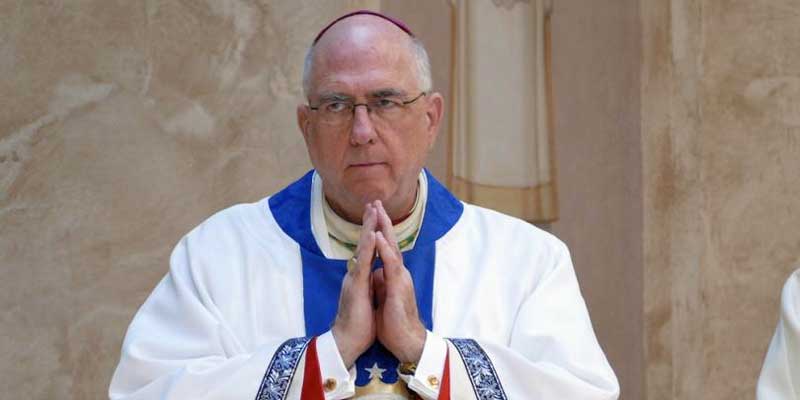 Head of USCCB Pro-Life Committee Sets Example for the Rest of the American Bishops, But Will They Follow-Through?

Archbishop Joseph F. Naumann of Kansas City, who chairs the American bishops’ Committee on Pro-life activities, has requested that Catholic politicians who support abortion should “not present themselves to receive Holy Communion.”

Speaking about recent efforts to “perpetuate and expand abortion in state laws” — such as New York’s Reproductive Health Act, which was signed in January by Gov. Andrew Cuomo, a Catholic — Archbishop Naumann wrote in a Feb. 19 piece republished on the USCCB website that such legislation has “illuminated the deplorable actions of some Catholic public officials and advocates.” Noting that these efforts will result in the killing of many more unborn children, the archbishop said that advocacy of “intrinsically evil acts, like abortion” is seriously immoral.

“While we can object to the actions of these public officials, we are not able to judge their souls. At the same time, we know there will be a Judgment Day,” he said.

However, he said that “conscious and unrepentant mortal sin” endangers souls and places them on the “path to Hell.” Reception of the Eucharist, Archbishop Naumann wrote, in a state of mortal sin jeopardizes souls even further.

TAKE ACTION: Contact the Bishops of the U.S. ‘Catholic’ Senators that Voted In-Favor of Infanticide and Demand They Impose Canonical Penalties