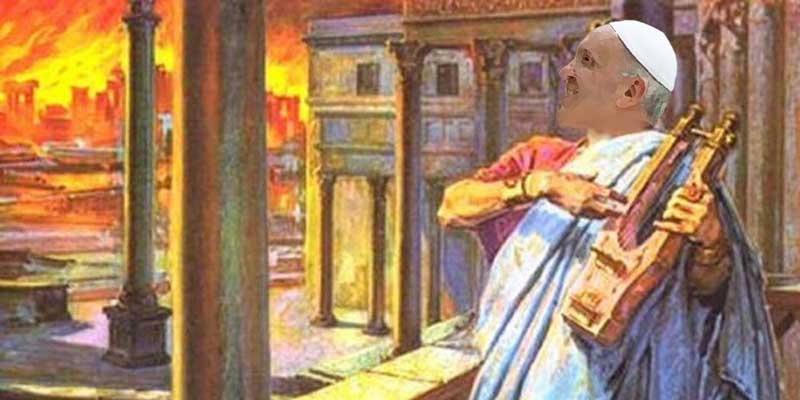 What matters and events, pray tell, have kept Pope Francis so busy during August, September, October, November, December, and January — 180 days — so busy that he could neither address Archbishop Viganò’s testimony nor engage with bishops on their conduct in abusing, or enabling the abuse of, children and seminarians?

There are the papal routines: daily morning Mass, weekly Wednesday afternoon audiences, weekly Sunday praying of the Angelus with comments. He also celebrates many special Masses, such as one for the closing of the Youth Synod and one on November 3 for the repose of the souls of Cardinals and bishops who have died in the preceding year.

What other things are on a papal calendar? There are trips abroad. (He traveled to Palermo, Lithuania, Latvia, and Estonia.) There are the unscheduled messages of condolences and prayers to victims of natural disasters, accidents, war and civil strife, and persecution. There are appointments to Curial offices. There is the receiving of new ambassadors. There are meetings with Curial officials such as those that result in papal decrees of miracles and the naming of bishops. (In his first three years, Pope Francis appointed 500 bishops. That’s a rate of over three weekly.) There are ad limina (or ad limina apostolorum) visits which are week-long meetings that occur every five years between bishops from a geographic territory and Curial officials, including meetings with the pope. (He met with bishops from Sudan, the UK, Venezuela, and Taiwan.) None of the activities I identified in this paragraph appear on the formal online papal calendar.