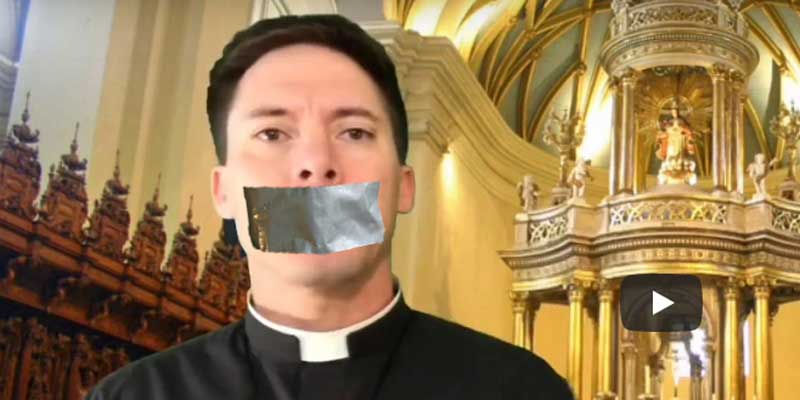 Fr. Mark Goring, an outspoken critic of the Catholic sexual abuse crisis, has been silenced by his superiors. The chastisement came shortly after Fr. Goring posted a video saying that Cardinal Wuerl needs to remove himself from public ministry. The video, entitled “Cardinal Wuerl, Get Out”, (which was subsequently removed from YouTube) was in response to the news that Wuerl is planning to officiate at an upcoming March for Life Rally.  Wuerl supposedly resigned as Archbishop of Washington DC in September due to his role in the cover-up of sexual abuse.  However, very little has changed in Wuerl’s role since his resignation, which is now being criticized as being a fake resignation.

Fr. Goring was also working to organize lay Catholics into a grassroots movement to pressure bishops to doing the right thing in regards to the abuse crisis.  All of this content has also been removed, as evidenced by all of the blank video posts on his Facebook page.

Fr. Goring is a priest in the Archdiocese of Galveston-Houston, director of the Catholic Charismatic Center in and a member of Companions of the Cross.

TAKE ACTION: Contact Cardinal Daniel DiNardo at 713-659-5461 to let him know what you think about the decision to silence Fr. Mark Goring