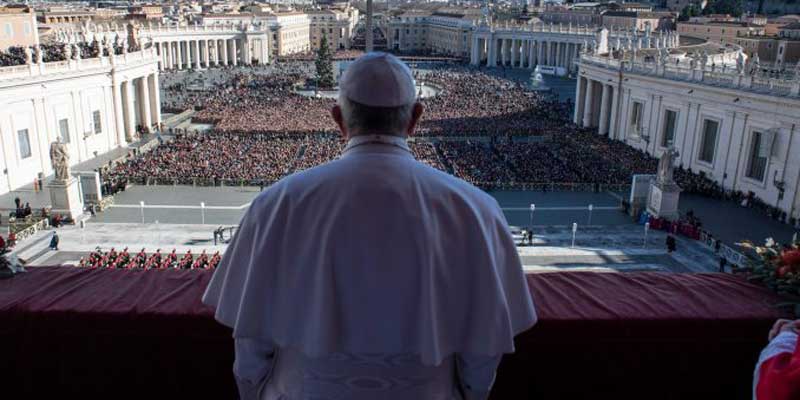 Whatever else 2018 was, it was the year in which the crisis of clerical sexual abuse and coverup revealed itself to be a cancer within the leadership culture of the Catholic Church. Protracted, persistent, and systemic, the rot in the hierarchy reaches all the way up, and could reach all the way through the Roman Curia and more than one national conference of bishops.

The first major event of the year was also the one during which the global crisis of clerical sex abuse and coverup became permanently attached to Pope Francis.

While on a fence-mending visit to Chile—the first stop on a trip that would have its Peruvian leg almost completely overshadowed by the Chilean fallout—Pope Francis accused victims of the man who was then Chile’s most notorious abuser-priest (Pope Francis would defrock him in September) of calumnyagainst Bishop Juan Barros of Osorno. The victims—Juan Carlos Cruz, James Hamilton, and José Andres Murillo—said Barros turned a blind eye to the predations of Father Fernando Karadima.

Francis eventually apologized, ordered an investigation into the matter, summoned the entire Chilean hierarchy to Rome for an unprecedented emergency meeting, obtained their resignations, and then sat on the lion’s share of them (he has accepted seven of thirty-four resignations, and dismissed two retired Chilean bishops from the clerical state), while Chilean prosecutors began raiding chanceries and offices of the Chilean bishops’ conference.

There were hopes that what appeared to be a genuine falling of the scales and change of heart on the part of the Holy Father—who reportedly said he was “part of the problem” when he met with Karadima’s victims in May—would lead to concrete and sustained efforts to address the crisis. Instead, there was a good deal more talk, and very little action.