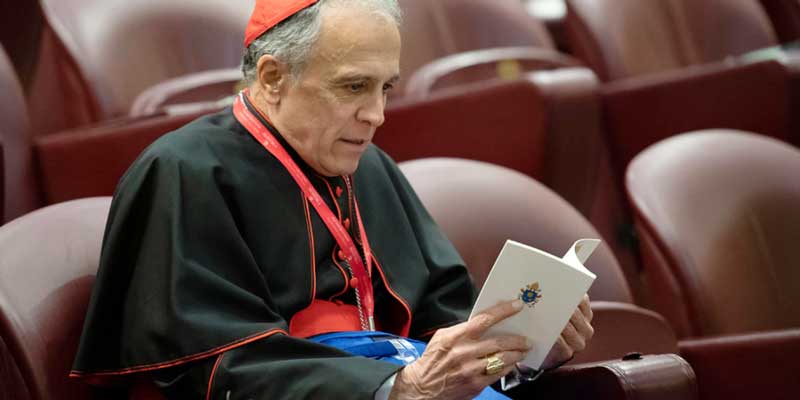 Investigators have executed a search warrant on the chancery offices of the Archdiocese of Galveston-Houston. A search warrant obtained by the district attorney’s office for Montgomery County was served Wednesday morning by officers from the Texas Rangers and Conroe Police Department.

The district attorney’s office said Nov. 28 it is seeking documents related to the case of Fr. Manuel La Rosa-Lopez, who was arrested by Conroe police in September on four charges of indecency to children.

“This is not a shot at the Catholic church… this is an investigation into a Catholic priest,” Ligon said.

“Even though the Catholic Church has cooperated locally,” he said, “in my mind, I would have just liked to have been given the keys on day one, and brought in on a voluntary basis.”

Ligon reportedly said that his search for records could extend beyond archdiocesan archives.

“If it’s at the Vatican, I’ll be heading to Rome. It could be like the A&M game…seven overtimes,” he said, according to KHOU.

Ligon reportedly also invoked the Christmas season in his remarks.

According to KHOU, the prosecutor noted that “the patron saint of children is St. Nicholas…St. Nicholas is also known as Santa Claus. Well, Santa Claus is here to tell you, that the state of Texas will go to any length to protect children.”

The Archdiocese of Galveston-Houston released a statement Wednesday in response to the search.

“This morning, the District Attorney of Montgomery County executed a search warrant for records and information related to an ongoing investigation. The Archdiocese of Galveston-Houston continues to cooperate, as we have since the outset, with this process. In fact, consistent with Cardinal DiNardo’s pledge of full cooperation, the information being sought was already being compiled.”

In response to media reports that documents were being sought in the archdiocesan secret archives, the statement said that “‘secret archives’ is merely a Church term pertaining to confidential documents kept in a secure manner for the protection of the privacy of individuals.”