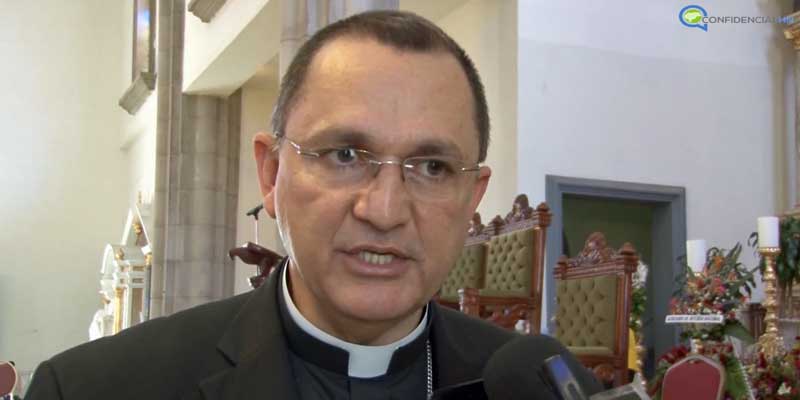 “It’s confirmation of all the filth,” a Honduran source told the Register last week.

He was referring to a Nov. 8 article on ConfidencialHN.com, a trusted Honduran news site, which, by drawing on the account of a key witness and other documentation, not only corroborates many of the allegations against disgraced auxiliary bishop of Tegucigalpa, Juan Jose Pineda Fasquelle, but also gives more details on the case.

In July, Pope Francis accepted the resignation of Bishop Pineda, who had been accused of sexually abusing seminarians, two testimonies of which were obtained by the Register earlier this year. He was also accused of having a string of homosexual lovers, and financial misconduct in the archdiocese.

Bishop Pineda, 57, has been close to Cardinal Oscar Rodriguez Maradiaga, the archbishop of Tegucigalpa who is also the coordinator of the C9 Group of Cardinals charged with Church and curial reform. In the spring, the bishop was placed in charge of the archdiocese while the cardinal was on medical leave.

Prior to Bishop Pineda’s resignation, the allegations of moral and financial corruption had led to an apostolic visit in May 2017 at the Pope’s request, but the findings have never been made public, nor has any sanction against the bishop been publicized, or word of any act of reparation by the bishop.

The financial misconduct allegations center around the alleged embezzlement of $1.3 million from the Honduran government earmarked for charitable projects but which “completely disappeared,” according to sources.

Drawing on a key testimony that formed part of the Vatican inquiry, the Spanish-language ConfidencialHN reports new information, including how, in order to secure the government grant, Bishop Pineda visited various parishes, asking priests to give him details of purported projects the funds could supposedly go to. Some priests complied, others did not. None of the projects were executed. The article also alleges that a mediating body, alleged to launder government money, was also used for the purpose of acquiring the funds.

The article’s author, David Ellner Romero, explains how one of Bishop Pineda’s alleged lovers, Erick Cravioto Fajardo, a Mexican layman whom the auxiliary bishop dressed up as a priest to secure a tax exemption on a Toyota Yaris car he bought for him, drew up a “well written” document to secure the grant.

It was “so well written,” Ellner says, that Cardinal Maradiaga signed off on it, “ignoring the true purpose of his assistant” and of the “criminal organization created to loot these state funds.”