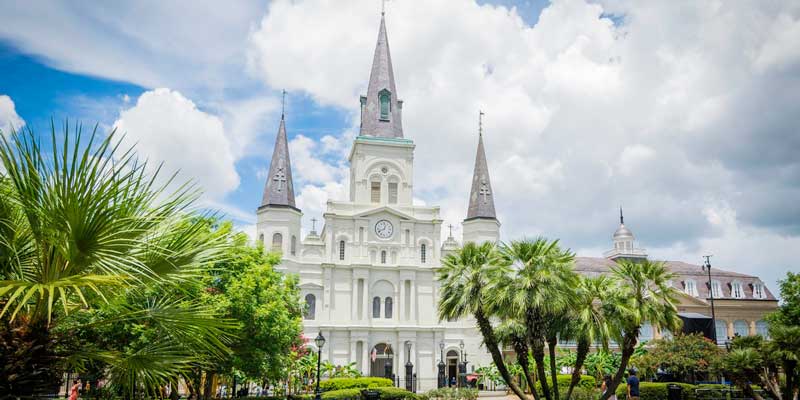 As the rain ceased and the skies cleared on the afternoon of Sept. 12, 1987, the world leader of Roman Catholicism stepped to the altar of a canopied pavilion at the University of New Orleans and, before 130,000 sweltering faithful, raised the eucharistic host to heaven. Standing just behind and to the right of Pope John Paul II was the concelebrant of the outdoor Mass, Archbishop Philip Hannan, who would later recall the pontiff’s three-day visit to his city as the apogee of his 24-year episcopate.

Hannan died in 2011, a tough, colorful prelate who not only scored the coup of a papal visit but more broadly was revered as the architect of a sprawling network of new social services for poor people, elderly people and immigrants in southeast Louisiana.

Now, however, Hannan’s legacy – and that of one of his predecessors, Joseph Rummel, the longest-serving archbishop in New Orleans history — is coming under new scrutiny, the result of changing societal values and of a belated effort by the Catholic Church, especially in the United States, to come clean about its history of pedophile priests and its institutional coverup of their misbehavior.

The current archbishop, Gregory Aymond, on Friday (Nov. 2) released information showing that 55 priests and two deacons who served in the archdiocese – far more than previously acknowledged – had been “credibly accused” of sexual abuse since 1917, and that almost all of it occurred while Rummel or Hannan was in charge. Nineteen clergy members allegedly molested children during Rummel’s tenure, and at least five of those cases were brought to the church’s attention while he was still its leader, according to the archdiocese’s list. Twenty-seven allegedly molested children during Hannan’s tenure, with at least six of them accused while Hannan was archbishop.