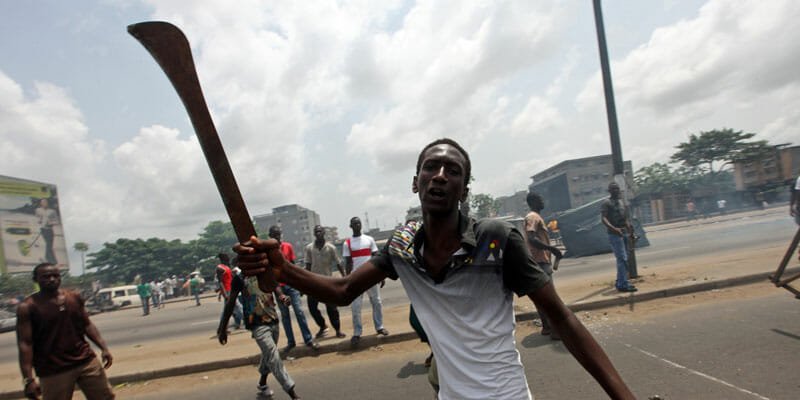 Reading through the Instrumentum Laboris (IL)—the working document for the Youth Synod—one gets the impression that the biggest challenge young people face in life is discovering their sexuality. Fortunately, the Synod Fathers stand ready to “accompany” youth on their journey of self-discovery wherever it may lead. The bishops have particular solicitude for LGBT youth who “face inequality and discrimination” because of “sexual orientation” (48).

Meanwhile, quite a few young Christians in Africa and elsewhere have other things to worry about than their sexual orientation. Not only do they face “inequality and discrimination,” they also face machetes and AK-47s. The day before the Synod opened, 17 Christians in Jos, Nigeria were slaughtered by Muslim jihadists. A week before that, 14 Christians, mostly women, were hacked to death by Islamic militants in the Central African Republic.

They were killed not because of their sexual orientation, but because of their faith—the faith that many of the synod bishops seem eager to water down to make it more palatable to youth. One suspects they also hope to make it more palatable to themselves. The language of the IL suggests that the framers of the working document favor “dialogue” over doctrine and non-judgmental flexibility over “unbending” judgment. It’s not surprising that the synod organizers would prefer a less judgmental Church since, as Julia Meloni documents in a recent Crisis piece, many of the key players at the Youth Synod are named in Archbishop Viganò’s testimony as being complicit in sex-abuse cover-ups.

The question is, is the watered-down form of faith that is proposed in the IL worth dying for when the man with the machete shows up at your door? As a number of others have observed, the IL document suggests that the role of the Church is to listen and accompany, but not to teach. What the document authors envision is the “emergence of a new paradigm of religiosity” which is “not too institutionalized” but “increasingly liquid”.