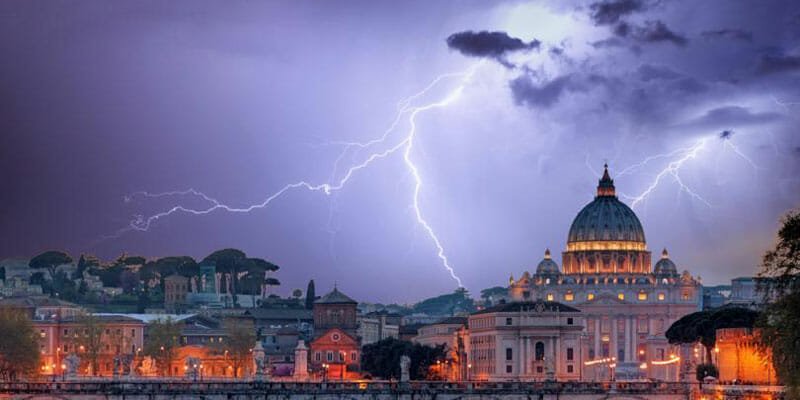 he shocking accusation by Archbishop Carlo Maria Viganò that Pope Francis helped cover up sexual misconduct — an accusation the Pope has so far declined to answer — as well as the litany of sexual abuse cases among clerics, force any Catholic to ask the question: how could this possibly take place in the moral institution that is the Roman Catholic Church?

One possible — little known, but very important — answer dates back to the Bolsheviks and their Communist leader Joseph Stalin.

Recently, I came across a video on Youtube of a presentation by former Soviet KGB propagandist Yuri Bezmenov, aka Tomas Schuman, who worked for the Soviet Union’s Novosti Press Agency until he defected in 1970. In this 1983 video, he claimed that the West was slowly being subverted into Marxism by the methods of “ideological subversion,” a form of warfare the KGB used against America.

Bezmenov explains that the main effort of the KGB was not conventional intelligence at all. Only some 15 percent of resources were spent on James-Bond-style espionage, while 85 percent was devoted to a slow process called “ideological subversion” or “active measures.”

The main methods used by Marxists in the West, Bezmenov explains, were to “corrupt the young, get them interested in sex, take them away from religion. Make them superficial and enfeebled […] destroy people’s faith in their national leaders by holding the latter up for contempt, ridicule and disgrace […] cause breakdown of the old moral virtues: honesty, sobriety, self-restraint, faith in the pledged word.”

The main targets were — and remain — institutions of religious faith, education, media and culture, the targets also of the hippie movement of that day. Although to all appearances America firmly rejected Soviet Communism during the Cold War, Bezmenov correctly observes that there was a massive undercurrent of Marxist-Leninist indoctrination at many, if not most, universities and institutions of learning, in the media and artistic communities in the West throughout the 1960s and 1970s. This indoctrination was never challenged or counterbalanced by fundamental American patriotic values. This was especially true of the entertainment industry. According to Bezmenov, a group of rock or pop-musicians with a message of ‘social-justice’ sugar-coated in popular ‘spiritual’ tunes were actually more helpful to the KGB than someone standing in the pulpit preaching Marxist-Leninist doctrine.

The 1983 video shows Bezmenov explaining that the demoralization process in the US had already been completed to a degree beyond the wildest dreams of the top leadership in the Kremlin.

“This process was done by Americans to Americans thanks to a lack of morals. Most of the people educated in the 1960s, intellectuals are now occupying the positions of power in the government, civil service, mass media and the education system. You are stuck with them,” Bezmenov points out.