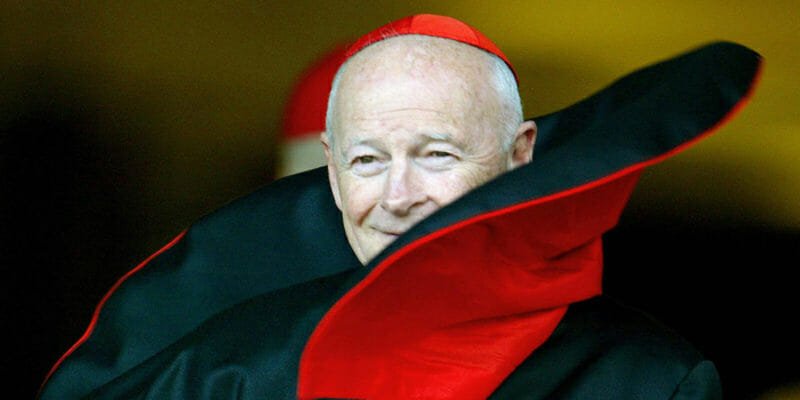 Following reports that the Holy See and the People’s Republic of China could be about to sign an agreement on the appointment of bishops in the country, attention has turned to the role of Archbishop Theodore McCarrick in fostering Vatican-China relations over the last two decades.

Over 20 years, Archbishop McCarrick travelled to China on at least eight occasions, sometimes staying in a state-controlled Beijing seminary, often serving as an unofficial bridge between the Vatican and Chinese government-appointed bishops until 2016.

Prior to allegations of sexual abuse and harassment becoming public this summer, the former cardinal had been an outspoken proponent of a deal between Chinese President Xi Jinping and the Church under Pope Francis, according to Chinese reports.

“I see a lot of things happening that would really open many doors because President Xi and his government are concerned about things that Pope Francis is concerned about,” McCarrick told The Global Times, in an exclusive interview in Feb. 2016.

The interview quoted McCarrick as saying that the similarities between Pope Francis and Xi Jinping could be “a special gift for the world.”

The state-approved Chinese newspaper also reported that McCarrick traveled to China in Feb. 2016 — “a trip in which the cardinal said he would visit some ‘old friends.’”

“His previous visits included meetings with Wang Zuo’an, head of the State Administration for Religious Affairs and late bishop Fu Tieshan, former president of Bishops’ Conference of the Catholic Church in China (BCCCC), an organization not recognized by the Holy See,” The Global Times reported.

In June 2014, David Gibson reported in the Washington Post that McCarrick had traveled to China “in the past year” for “sensitive talks on religious freedom.”

This detail aligns, in part, with the 11-page “testimony” of former apostolic nuncio Archbishop Carlo Maria Viganò. Viganò recounted a meeting with McCarrick in June 2013, during which Vigano claims he was told by McCarrick, “The pope received me yesterday, tomorrow I am going to China.”

McCarrick was hosted by the Beijing seminary during at least two trips to China, according to a 2006 State Department document made available via Wikileaks.

The vice-rector of a Communist-approved seminary, Fr. Shu-Jie Chen, described twice hosting McCarrick in an account found in a cable from Christopher Sandrolini, Deputy Chief of Mission at the U.S. Embassy to the Holy See.

Chen described himself as “king” of the seminary, saying that he “could do what he wanted within its walls.”