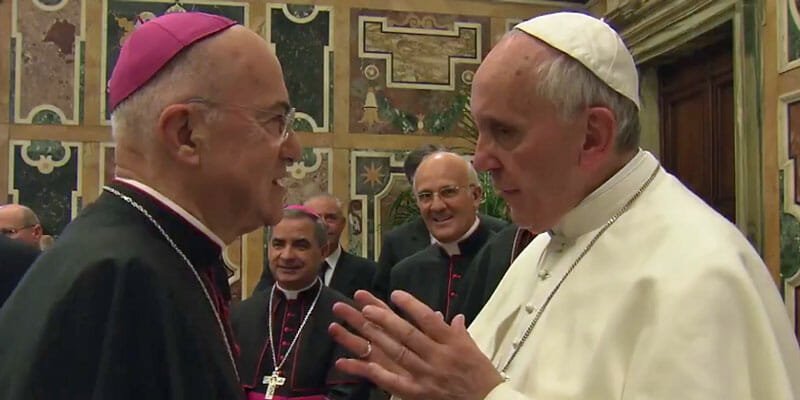 The next day the audience with Pope Francis took place. After his address, which was partly read and partly delivered off the cuff, the Pope wished to greet all the nuncios one by one. In single file, I remember that I was among the last. When it was my turn, I just had time to say to him, “I am the Nuncio to the United States.” He immediately assailed me with a tone of reproach, using these words: “The Bishops in the United States must not be ideologized! They must be shepherds!” Of course I was not in a position to ask for explanations about the meaning of his words and the aggressive way in which he had upbraided me. I had in my hand a book in Portuguese that Cardinal O’Malley had sent me for the Pope a few days earlier, telling me “so he could go over his Portuguese before going to Rio for World Youth Day.” I handed it to him immediately, and so freed myself from that extremely disconcerting and embarrassing situation.

The video clip above, from the Vatican’s television archives, records the moment.

From The American Conservative