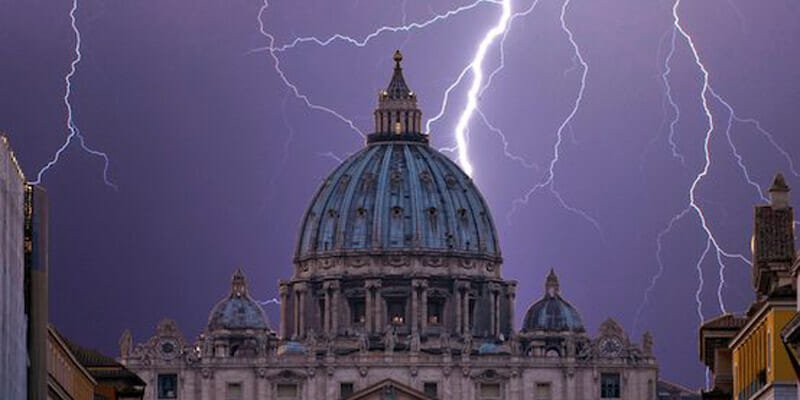 Pope Francis could put this entire thing to rest if he would sit for an interview with a respected journalist, and answer the questions:

Did you know about McCarrick’s sexual misconduct?

Did Pope Benedict restrict McCarrick, and if so, why did you not observe those restrictions?

Pope Francis could also help dispel this controversy by ordering every one of the cardinals named by Vigano as part of the McCarrick cover-up to sit for independent interviews, and address the allegations pertaining to McCarrick. What did they know, when did they know it, and what did they do about it?

This is entirely in Francis’s hands. His refusal to answer these questions, and to order curial cardinals to answer them, is itself an answer — and a damning one. Is the truth more important than preserving a façade? A friend who is not Catholic e-mails tonight:

Regardless of the veracity of any claim of Vigano’s or the truth of any denial from those he has implicated, the past few days have made one thing clear: who, within the Catholic world — and even in the world of reporting — are willing to pursue wrongdoing to the extent it demands, to the point of recognizing that the thing you have loved might be (or be transformed) into an idol, a statue of Moloch that tempts one away from truth.

Read the rest at The American Conservative