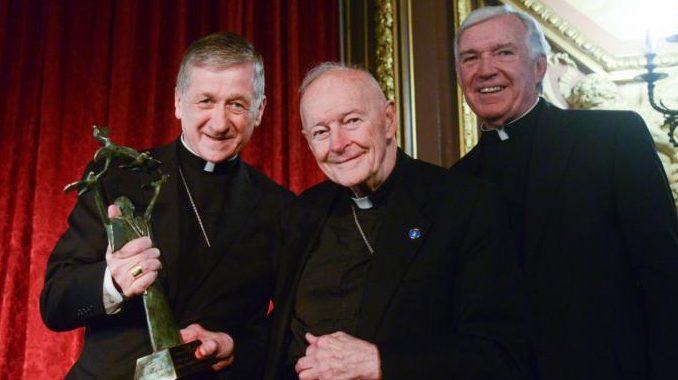 My wife and I entered the Catholic Church in 1997, not long before the news about clergy sexual abuse started coming out of Dallas. I recall having a conversation with a life-long Catholic who expressed some amazement that my wife and I—both former Evangelical Protestants—had made the journey into the Church. “Things are really a mess,” he lamented, referring to the sex abuse stories. “How could you overcome that and still become Catholic?”

I’ve thought of that conversation a few times in recent weeks, as details of reports about Cardinal McCarrick—the lecherous “Uncle Ted” who groped, fondled, and abused seminarians and others as he steadily climbed the episcopal ranks—have emerged like rotten sewage bubbling up through cracks in a suddenly hollow and ugly house. Social media erupted with anger, pain, and disgust. One question is repeated, like a swelling drumbeat: “Who knew?” (After all, reports of McCarrick’s known and alleged actions—some dating back to the 1960s and early 1970s—have been around for many years.)

Some Catholics have said they can no longer support the Church; a few have indicated they are thinking of walking away altogether.