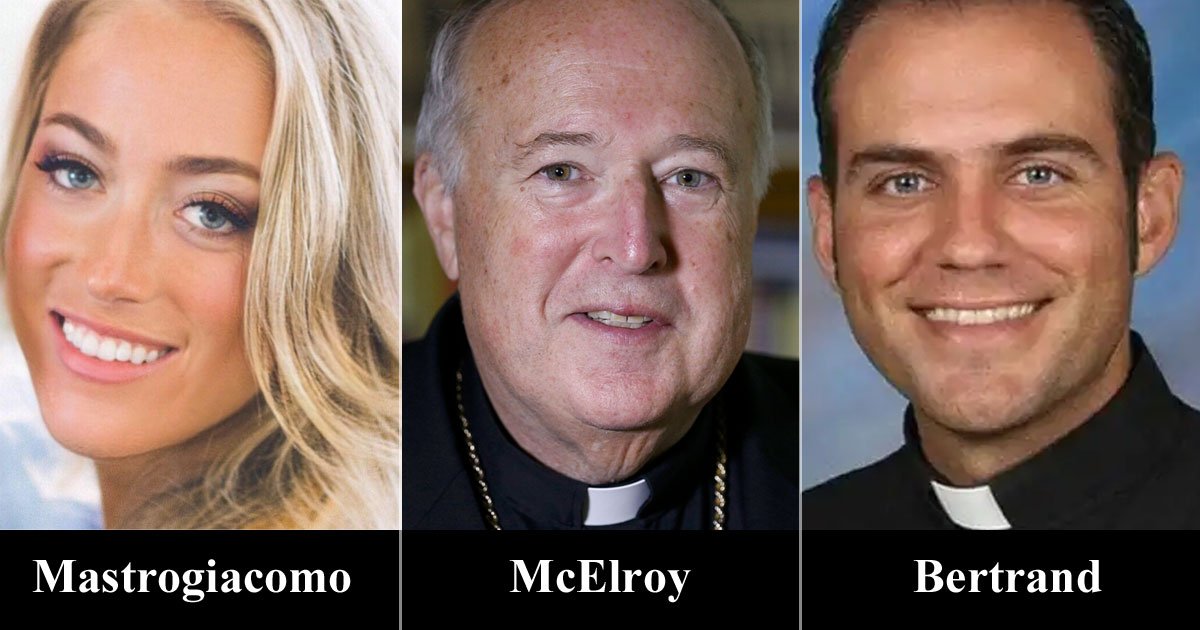 In 2010, Rachel Mastrogiacomo was raped in multiple acts of satanic ritual abuse by a Catholic priest, Jacob Bertrand, in the context of the Holy Sacrifice of the Mass. These vile acts of sacrilege and sexual violation occurred following many months of Bertrand’s grooming and brainwashing of the devout 23-year-old woman, who met her abuser when she was discerning her vocation in Rome. After identifying Rachel’s innocence, confirming her virginity, and exploiting her naiveté and religious zeal, Bertrand knew he had the perfect victim.

In a rare case of at least partial justice, Rachel’s satanic abuser was eventually criminally convicted after a plea agreement, and he is currently serving a 10-year probation. He has been laicized by the Church for his crimes.

Rachel and I have talked at length in recent days, and she has shared things that I never thought I would hear in my lifetime, and that are too disturbing to write on a blog. However, as anyone who has been paying attention must suspect, her story is only the tip of the iceberg of depravity that exists in the underbelly (and the hierarchy) of the Church, perpetuated to this day by infiltrators who seek to harm, rape, pillage, pervert, and ultimately destroy Christ’s Bride. None of what happened to Rachel happened in isolation. Too many people were connected, too many had knowledge, and too many were—and are—complicit in these demonic plans and actions.