Martin, editor-at-large for the Jesuit magazine America, tweeted a response to Texas Attorney General Ken Paxton, who declared in a legal opinion this week that “sex change” surgeries and transgender hormone drugs for minors are child abuse under state law. Texas Gov. Greg Abbott on Tuesday directed all state agencies to enforce the opinion.

“These procedures are monstrous and tragic,” Paxton tweeted Monday. “I’ll do everything I can to protect against those who take advantage of and harm young Texans.”

Martin responded to Paxton with a letter from the Texas Pediatric Society that endorsed providing gender-confused minors with puberty-blocking drugs, which top experts have condemned as abusive. 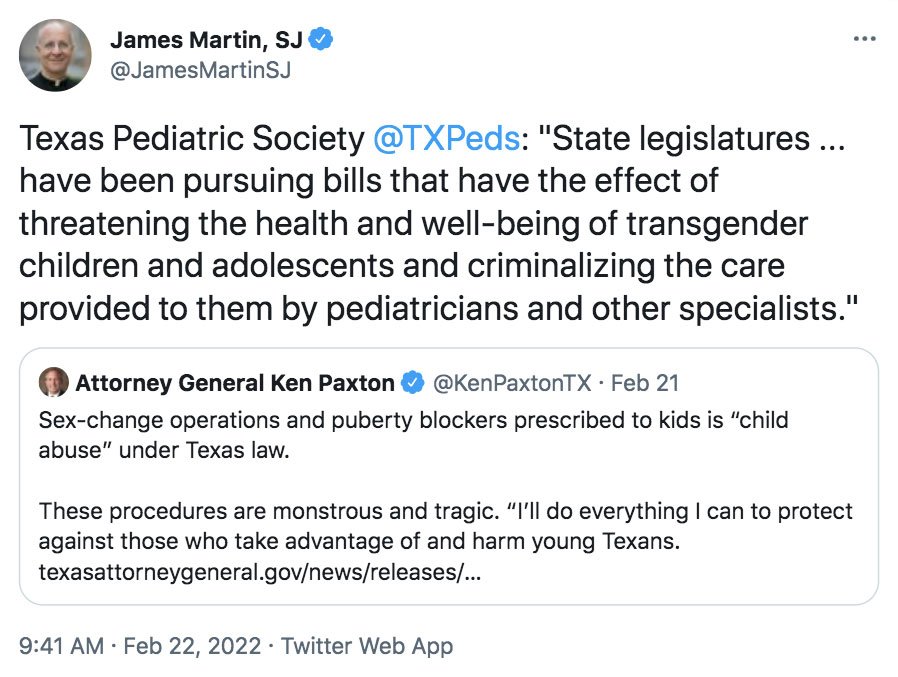