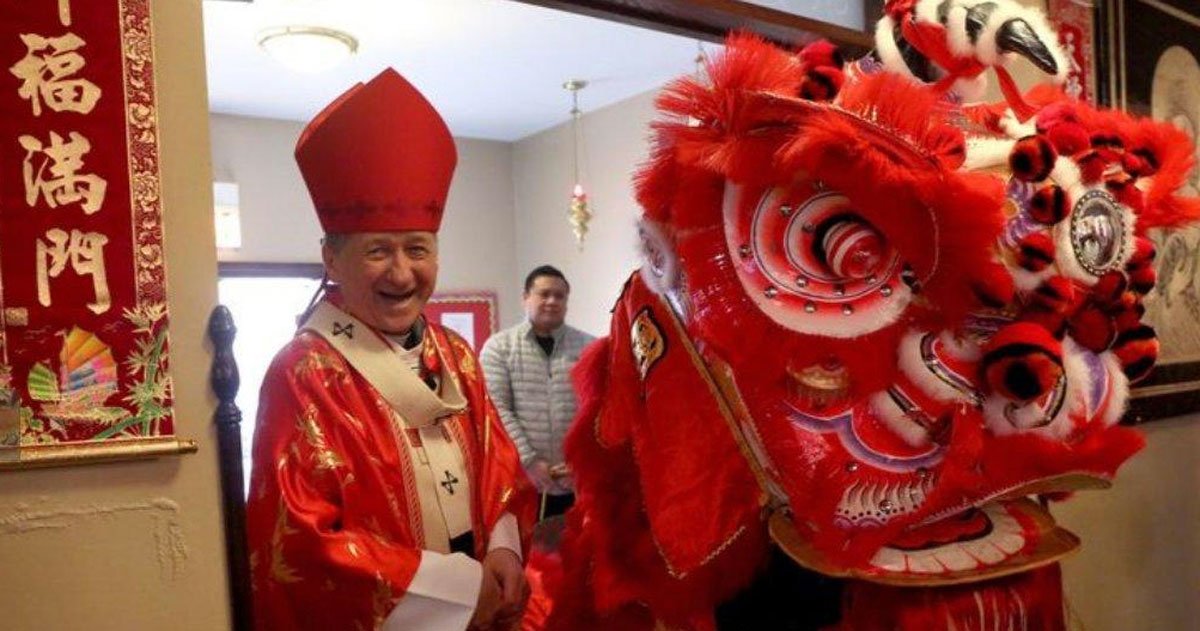 My friend Jonathan Blevins spoke the words in the hearts and minds of many Catholics in the Archdiocese of Chicago when he recently tweeted, “Dear @CardinalBCupich, Please make it stop.”

He made the comments in reference to a video he posted from a February 13 Mass at Holy Family Church in Inverness, Illinois. The original full Mass video has since been made private.

“Loving God, rock with us as we roll with you,” Father Terry Keehan says during what is supposed to be the final blessing at the end of the Mass.

“My friends, the Lord is with you,” Keehan says, before raising the guitar and using it to “bless” the congregation. The parish is hosting a “Holy Family Gala 2022 Rock Fest” where for $350, patrons get “Mass, open bar, dinner and entertainment.”

Blevins, a former youth minister and director of evangelization and formation in the Archdiocese, could have been speaking about any number of parishes.

Or about actions taken by Cupich not to suppress guitar blessings, but to suppress the Latin Mass, such as telling the priests at the popular parish St. John Cantius they may not offer the Traditional Latin Mass on the first Sundays of the month, Christmas, the Easter Triduum, Easter Sunday, and Pentecost Sunday.

There is no such requirement to do this in Traditionis Custodes – this is a decision by Cupich. The archdiocese allows guitar “blessings” at the end of Mass – but forbids priests and parishioners from publicly saying the prayer to St. Michael the Archangel.