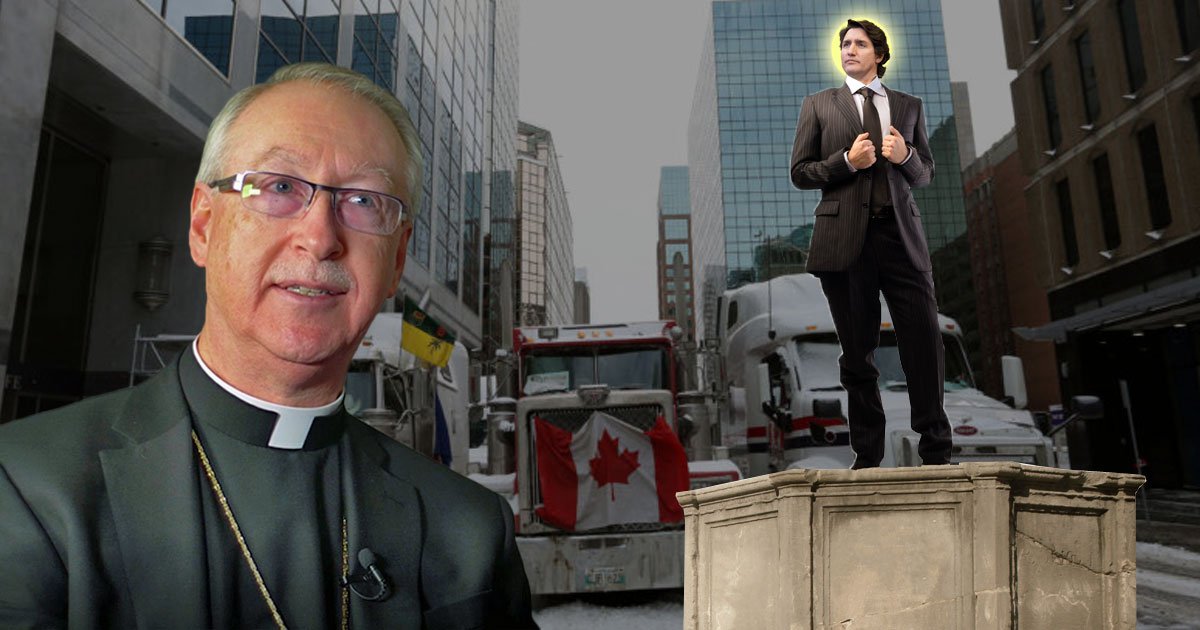 If there was a shred of hope in our Catholic hierarchy left, a recent homily from the Archbishop of Edmonton annihilated it. Our Canadian Catholic leaders are completely out-of-touch with reality. They don’t know the people they are meant to shepherd. They don’t even seem to attempt to understand the working class. They are elitists, as dogmatic and hypocritical as Pharisees.

The reading for Sunday Mass on January 30 was Luke 4:21-30. Jesus was in the synagogue among his own people. He called out their hard hearts, the reason he would not work miracles among them. “Truly I tell you,” he said, “no prophet is accepted in his hometown.” Enraged, they “drove him out of the town, and took him to the brow of the hill on which the town was built, in order to throw him off the cliff. But he walked right through the crowd and went on his way.”

Archbishop Richard Smith began his homily by pointing to the Freedom Convoy of truckers in Ottawa opposing vaccine mandates. “I raise this not in order to offer a public comment on this particular demonstration,” he began. But then he did comment, politically and theologically, for his entire homily, on the trucker convoy.

In his analogy, the archbishop cast the truckers and protesters objecting to vaccine mandates as the rebellious and hard-hearted, angry mob, both groups forming “a convoy of resistance” rejecting God’s “divine directives.”