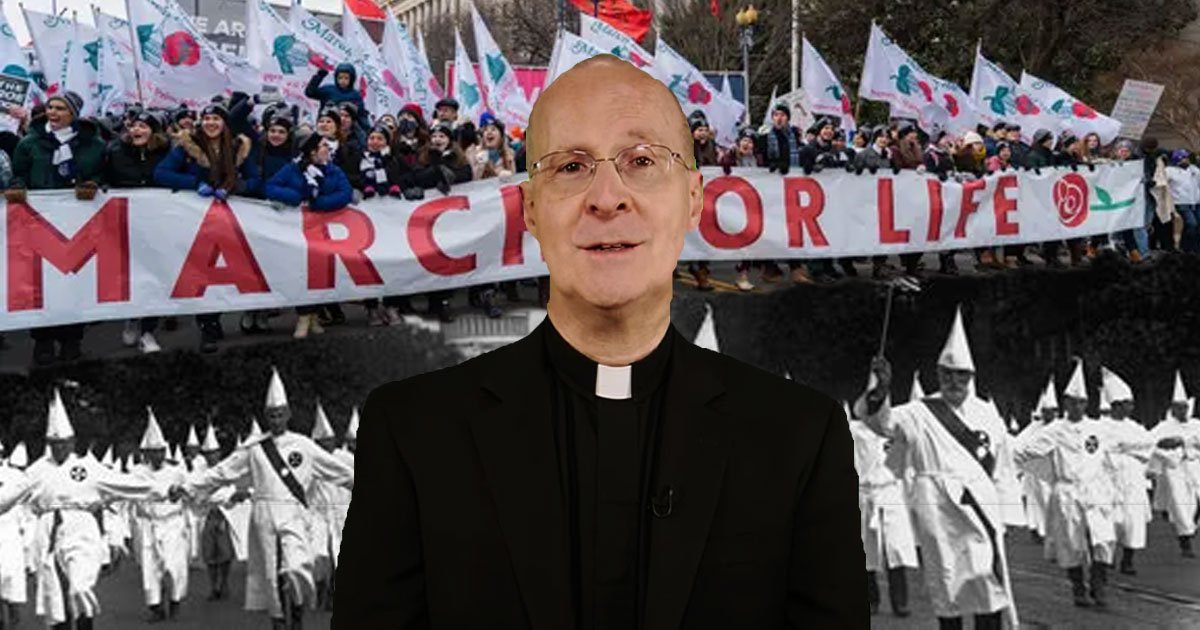 Fr. James Martin, SJ, went viral on Twitter Tuesday as pro-life Catholics took him to task for suggesting in a tweet that being pro-life today means being “white nationalist.”

“Pro life should not mean being a white nationalist,” the celebrity Jesuit tweeted, sharing an opinion piece by Leftist opinion columnist Moira Donegan of The Guardian.

In the piece, Donegan argued that “the white supremacist and anti-choice movements have always been closely linked. But more and more, they are becoming difficult to tell apart.” Donegan, a frequent writer on the topic of abortion, recently lamented the possibility of Roe v. Wade being overturned by the Supreme Court, and decried the “suggestion that a fetus might have interests in its own right – interests that can be seen as equal or greater than the interests of the woman carrying it.”

Martin’s tweet generated an avalanche of responses from pro-life advocates insulted by the priest.

“This is a ridiculous claim, and it’s shameful that a Catholic priest would share such a thing about the March for Life,” wrote Jerry Dunleavy of the Washington Examiner.

“Ah ha! This explains why three of our five adoptions were of minority children,” wrote Carl E. Olson of Ignatius Insight. “Not that it mattered to us (it didn’t).”

“This is getting to be an annual thing: Jesuits smearing Pro-Life Catholics,” wrote Twitter user Sidge. “Last year, they smeared kids from Covington Catholic in the most vile way. This year they’re trying to link Pro-Lifers to white supremacists.”